Bad Girls Go to Hell marks my introduction to the strange world of legendary cult film-maker Doris Wishman. Wishman’s major claim to fame is that she was just about the only woman director working in the sexploitation field in the early 60s. Bad Girls Go to Hell is one of her best-known films.

A young wife is about to descend to the basement of her apartment building to put out the trash. She puts on her sexiest lingerie (as you do when you’re putting out the trash), and is raped by the janitor. He tries to blackmail her into sex, and she kills him. Naturally (this being the movies) even though it was self-defence she flees to New York. There she finds a series of people who seem willing to help her out, but they invariably turn out to be unpredictable violent alcoholics or predatory (although rather sweet and good-natured) lesbians. She just keeps getting into more trouble.

As a sexploitation movie it’s pretty tame. This was 1965, and although there’s some nudity it’s mostly tease rather than anything else. Lots of lingerie though. The women in this movie spend an inordinate mount of time in their lingerie. They also sport some very spiffy early 60s hairstyles! 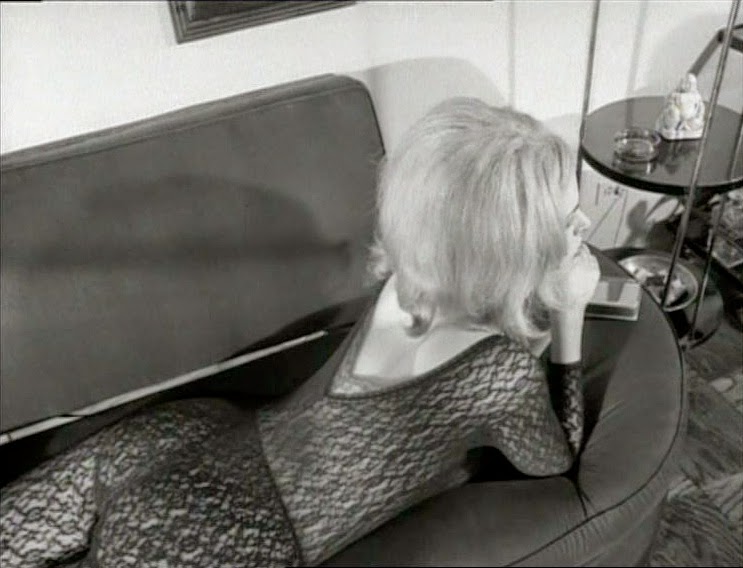 It has all the Wishman trademarks that I’d been told about. Shots of people’s feet. Lots of shots of people’s feet. Lots and lots of shots of people’s feet. And shots of inanimate objects, for no particular reason. While these quirks might seem at first to be evidence of incompetence, in fact Wishman was no Ed Wood. She was a self-taught film-maker, and she could be described as a naïve film-maker in the sense that certain painters such as Henri Rousseau are described as naïve artists. She isn’t incompetent, she merely has a very idiosyncratic style. But it is a real style, and once you get used to it it’s rather captivating.

Her approach to plotting is equally individual. The plot of Bad Girls Go to Hell is disjointed and anarchic, but it’s disjointedness and choppiness is more reminiscent of Jean-Luc Godard than of Ed Wood. There’s a certain method in her madness. She seems to have been aspiring to the title of the Hitchcock of sexploitation. 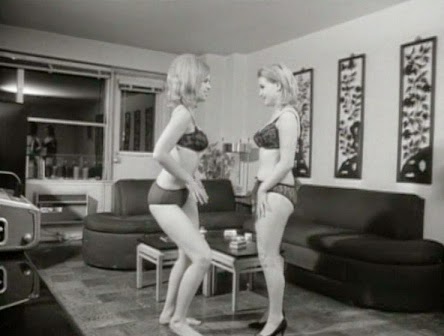 That’s not to say that Bad Girls Go to Hell is a great or even a good movie in any conventional sense of such terms. In many ways it’s a very bad move indeed. The acting is atrocious even by B-movie standards, the dialogue (all dubbed later, and rather badly) is cringe-inducing, and the plot has more holes than the heroine’s fishnet tights.

But it’s a bad movie made by a true visionary, and one with a genuine, albeit bizarre, talent. It’s a bad movie in the way the movies of Jess Franco and Russ Meyer (other bizarre but talented visionaries) can be described as bad - it’s not so much that it breaks the rules of conventional good film-making, it simply doesn’t recognise the existence of such rules. Like the movies of Franco and Meyer, you have to take it on it own terms. It’s definitely entertaining, and rather fascinating. I’ll be seeking out more of her movies.
Posted by dfordoom at 16:04

Have you seen 'cane toads, an unnatural history'?
It's a doco, but very funny and a bit of a cult classic.