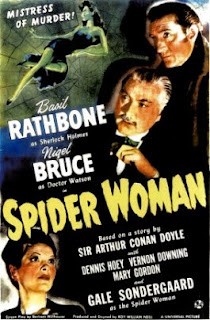 Basil Rathbone and Nigel Bruce are in fine form as Holmes and Watson in this 1944 release, but most importantly Holmes has a worthy (and refreshingly new) adversary. It has the right mix of humour and suspense, with just the right amount of campiness. And just a touch of horror as well.

The movie also has a solid script script, courtesy of screenwriter Bertram Millhauser. While Holmes and Watson have been trout-fishing in Scotland a mysterious series of apparent suicides, the pyjama suicides, has created a sensation in the London press. The victims were all wealthy men who seemingly awakened during the night and hurled themselves, for no obvious reason, out of windows whilst still clad in their pyjamas. Scotland Yard might be taken in, but right from the start Holmes has no doubt that these acts of self-destruction are i 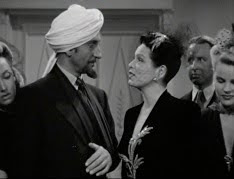 n fact fiendishly planned and executed murders. And he also has no doubt that the diabolical criminal mastermind behind them is a woman. To Holmes the murders clearly have a feminine touch to them!

After first faking his own death Holmes disguises himself as a reasonably rich although minor Indian potentate, a distinguished army officer with a weakness for gambling. All the pyjama suicides shared an addiction to the gaming tables. He soon attracts the attention of his prey. Adrea Spedding (Gale Sondergaard) encourages him to bet, and to lose, heavily, all part of her cunning plot.

The plot also involves some imaginative murders, deadly venomous spiders, eccentric entomologists, and a wonderful evil child. In fact one of the screen’s great evil ch 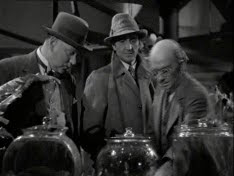 ildren, a kind of trainee Renfield with a penchant for capturing flies in mid-air. There are also deadly games in a fairground, and rooftop shoot-outs.

Roy William Neill directs with the vigour and economy that made him such a fine maker of B-pictures. The pacing never lets up, and there are some nice visual set-pieces.

Gale Sondergaard indulges in some epic scenery-chewing, throwing down an acting challenge to Basil Rathbone which he gleefully accepts, and to which he proves himself equal. The film positively zings when these two are on on screen togeth 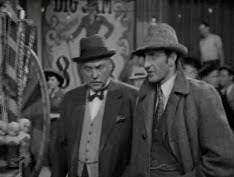 It’s unfortunate that Universal (and indeed most of the major studios) cared so little about B-pictures that they were often content to see them as mere cash cows, and to churn out uninspired and inferior genre movies whilst lavishing much cash and attention on worthy but dull A-pictures. It’s unfortunate because the B-movie arguably represents 1940s Hollywood at its best, combining craftsmanship and great entertainment.

This is pure fun, never taking itself seriously but a well-made little movie that succeeds perfectly in what it what it sets out to do.
Posted by dfordoom at 05:40