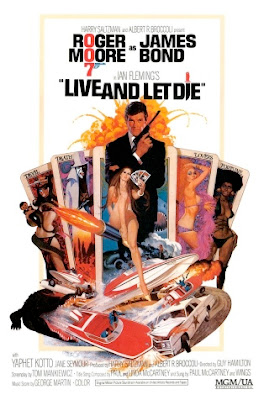 The first attempt to find a replacement for Sean Connery in the role of James Bond met with mixed success although today On Her Majesty's Secret Service is regarded by many as the best of the Bond films. At the time it did moderately good business at the box office but failed to equal the success of its predecessors. When it came to making a second attempt with Live and Let Die in 1973 the producers were more or less betting on a sure thing. No-one seriously doubted Roger Moore’s ability to play the part.

Live and Let Die, based on the second of Ian Fleming's Bond novels,  put the series back on track at the box office. There are some slight changes to the established formula, presumably introduced with the intention of giving the first Moore outing a fresh feel, but it’s still very recognisably a classic Bond film.

The first noticeable change is the absence of the familiar Bond theme tune, replaced by a rock song courtesy of Paul McCartney and Wings. It’s an obvious attempt to appeal to a young audience but it’s a great song though and suits the mood of the film beautifully.

It’s also one of the few Bond movies in which Q does not appear. In fact there’s not much in the way of gadgets in this movie. The budget was somewhat lower than the previous few films so there are no gadget-filled cars.

The plot is fairly simple. A num 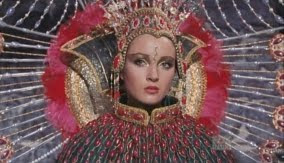 ber of British agents have been killed and there appears to be a link between these killings and the president of the tiny Caribbean island nation of San Monique. Bond picks up the trail in Harlem and his initial encounters with drug baron Mr Big give the movie a bit of a blaxploitation feel. With blaxploitation movies being the flavour of the month at the time it’s a smart commercial movie. From there the action movies to New Orleans and then to San Monique as Bond uncovers a fiendish plot to flood the US with heroin.

The villain of the piece has a secret weapon, in the form of a beautiful white girl named Solitaire (Jane Seymour). She has the gift of predicting the future with extraordinary accuracy by the use of tarot cards. This gift only works as long as Solitaire remains a virgin. O 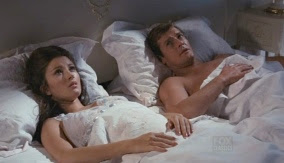 f course once she meets Bond we know she’s not likely to remain a virgin for very much longer. With the loss of both her virginity and her gift she has little choice but to throw in her lot with 007.

Actually the bad guy has another secret weapon as well - he uses voodoo to maintain his control over his island drug empire. 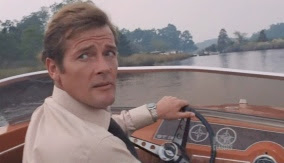 The movie does have some minor weaknesses. A couple of the action sequences don’t quite pay off as well as they might have done (especially the crocodile farm scene).

The success of the movie hinged entirely on whether audiences would accept Moore as Bond. He didn’t really need to adapt to the role - he simply played Bond the way he played Simon Templar in The Saint TV series. He’d already demonstrated his ability to deliver witty dialogue with style and tongue-in-chee 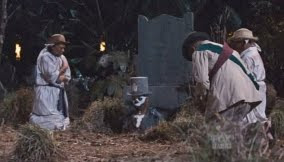 k humour and he has no problems at all playing Bond. This is a slightly less dark and cynical Bond compared to Connery’s interpretation of the role which helps to establish a slightly different flavour for the new-look Bond franchise.

With spectacular action sequences (the speedboat chase is particularly memorable), a sparkling script and exotic locations, with Guy Hamilton doing his usual more than competent job as director and with Roger Moore suave, smooth and highly amusing there’s really very little to complain of in this movie. When you add voodoo to that mix you have a definite winner.
Posted by dfordoom at 17:42

I wonder how many girls he has de-flowered.

One thing I can say about the Roger Moore version of Bond, is he would DEFINITELY have one or more STDs.

He was with some pretty shady girls.