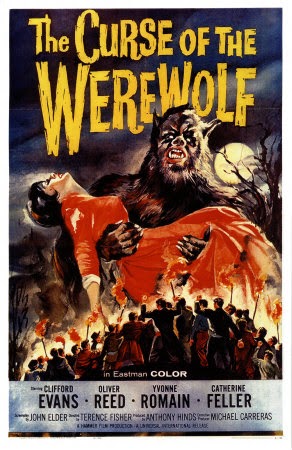 It was of course inevitable that having produced their own very successful versions of Frankenstein and Dracula Hammer would eventually turn their attentions to Universal’s other classic monster subject, the wolf-man. Rather than just remaking The Wolf Man they decided to do something a little bolder - adapting Guy Endore’s interesting and original 1934 novel The Werewolf of Paris. Unfortunately the themes of the book would probably not have lent themselves to Hammer’s approach to gothic horror and the screenplay by Anthony Hinds ended up having almost nothing in common with Endore’s novel.


The screenplay does however come up with a couple of reasonably effective twists on the werewolf idea. Director Terence Fisher was always attracted by stories that presented a conflict between good and evil and Hinds’ screenplay gives him plenty of scope to explore this conflict.

Universal's The Wolf Man established the werewolf as a tragic monster, doomed through no fault of his own. The Curse of the Werewolf follows the same pattern. A serving girl (played by Yvonne Romain) is raped by a beggar in prison. That’s bad enough, but the resulting child is born on Christmas Day, a circumstance that always involves the danger that the child will be exposed to evil influences (the idea being that a child born on the same day and at the same hour as Christ is an insult to Heaven).

The evil influences in this case go back before the conception of the child. It was the brutality and lust of the Marques Siniestro (Anthony Dawson) that began the chain of unfortunate circumstances. 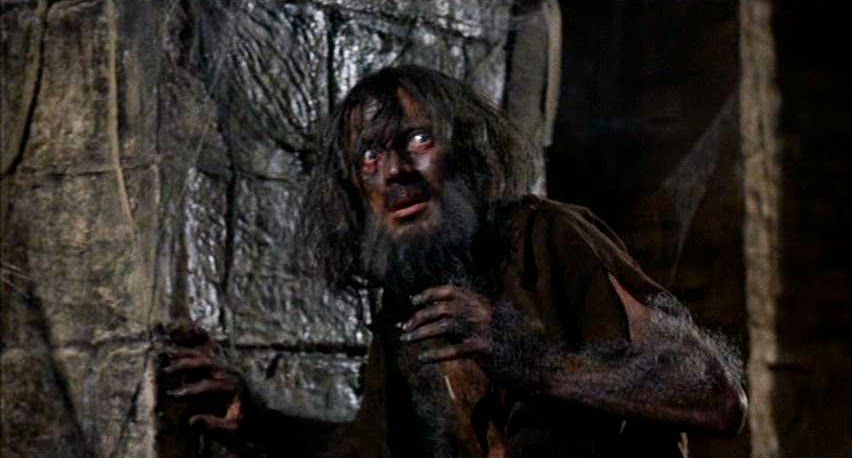 The child is adopted by the kindly Alfredo (Clifford Evans) who gradually becomes aware that there is something amiss with young Leon. A wise and sympathetic priest explains the workings of the curse - a werewolf is a man with a human soul and a wolf spirit constantly at war with each other. The outcome of the struggle is always uncertain, with both damnation and redemption being possible. This is an idea that allows Fisher to explore the good/evil dichotomy in a single individual.

To add to the tragedy, even as a boy Leon is not unaware of the struggle for dominance between good and evil being waged within him. As he grows up he, and everyone around him, tries to pretend that somehow the evil has been averted.

There are plenty of promising ideas here and Fisher makes the most of them. 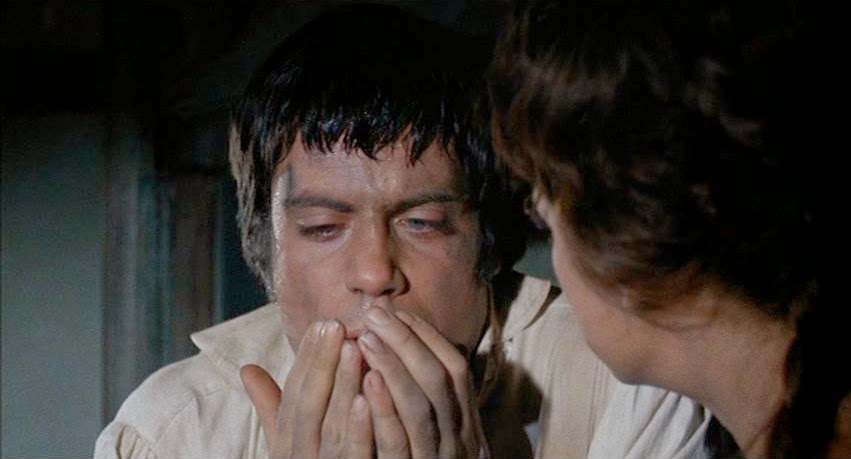 Oliver Reed plays Leon as a man and of the various rôles he played for Hammer in the early 60s this is the most demanding, and the most rewarding. Reed could be menacing and he could be very dark indeed but he could also be very sympathetic and this part gives him the opportunity to show his full range as an actor. Most importantly Reed has that indefinable quality that makes a true star - the ability to dominate the screen.

While I don’t wish to take anything away from Lon Chaney Jr’s fine performance in The Wolf Man there’s no question that Oliver Reed was the better actor and he adds extra layers of complexity to the doomed hero. One cool thing about this movie is that to play Leon as a boy Hammer found a child actor who looks exactly like a child version of Oliver Reed! 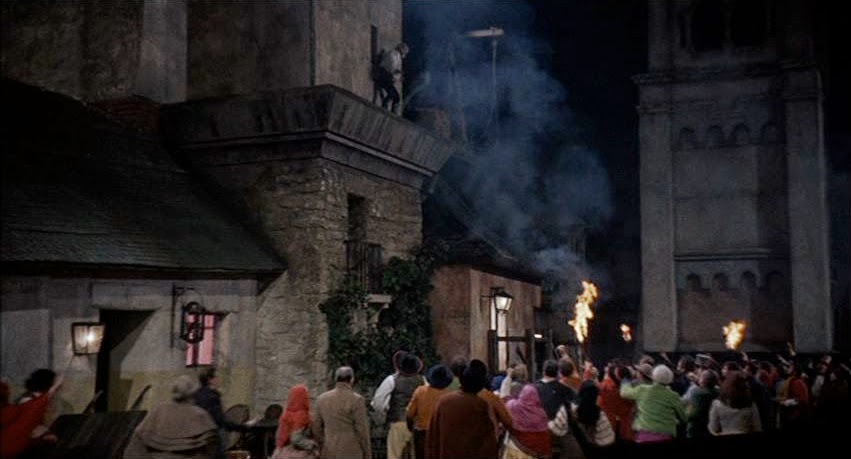 Fisher knew that the problem with any werewolf movie is that even the best werewolf makeup can look a little silly so he wisely refrains from revealing the werewolf until very late in the picture. Most of the horror is portrayed indirectly and as so often this has the effect of making it all the more effective. Suggested rather than overt horror is always more frightening, especially when you’re dealing with a tragic monster. The fact that we don’t see Oliver Reed in the full werewolf makeup until the end helps us to regard Leon as a man and not a mere monster. The makeup effects aren’t spectacular but they do have the advantage of allowing Reed to express emotion. Fisher has enough sense to know that poorly executed transformation scenes have ruined many werewolf movies so he achieves the transformations in stages using cutaways rather than taking the risk of showing them directly.

Fisher demonstrates his sure touch with the pacing of the film - it starts slowly but gradually accelerates until towards the end it becomes relentless. He also knows that some horror movie clichés should not be avoided - a villagers with flaming torches scene is not a cliché but a much-loved horror movie convention, so he includes one. 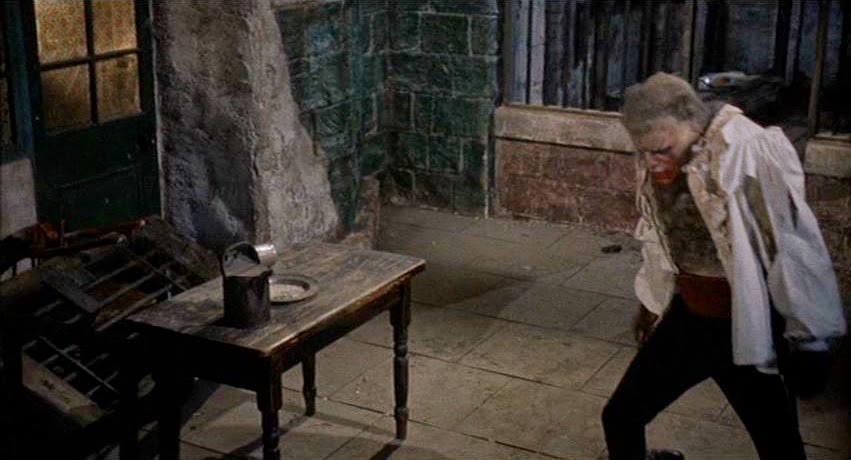 This movie was made by Hammer’s A-Team - Terence Fisher directing, Arthur Grant doing the cinematography and Bernard Robinson doing the production design. The result is a classy and stylish gothic horror movie with a fine sense of tragedy. Highly recommended.

Universal have done a good job with the DVD transfer (from their Franchise Collection Hammer Horror Series boxed set). The lack of extras is a little disappointing but the set is excellent value for money.

Yeah, I too noticed how Terrence Fisher doesnt show the wolfman till the very end, yet the story that comes before the reveal is excellent, atmospheric, scary, even without showing us the monster.

I do like this werewolf make up though, it's one of my favorites...very classic looking. Fred Dekker and Stan Winston copied it and did a similar design for Monster Squad.