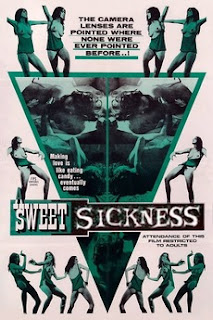 A Sweet Sickness is one of the lesser sexploitation flicks distributed by the legendary David F. Friedman and dating from 1968. It’s the sad story of what happens to young girls who set off for Hollywood chasing dreams of stardom. Not exactly an earthshakingly original concept although its focus on the perils of the Hollywood casting couch could be said to make it rather topical today.

After the sort of introductory sequence that is a familiar feature of sexploitation films, with some stock footage and a portentous voice-over narration telling us what a wicked town Hollywood is and how it chews up people’s dreams we get introduced to the two young women who serve as the film’s protagonists. And they immediately take their clothes off. The makers of this film certainly understood that it’s a good idea to reveal some boobs and some bottoms as quickly as possible.

Connie is prepared to do whatever it takes to make it big and so she’s doing quite well. Her roommate Dee believes a girl should be able to make it on talent alone. As a result Dee can’t even scrape together the rent money.

Dee’s luck doesn’t get any better. The landlord rapes her and even her agent wants to get into her pants. 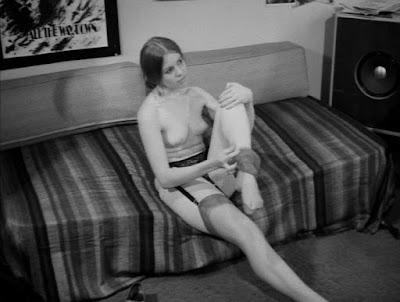 She does land a job as a dancer at a sleazy men’s club. She has to do a strip-tease in which her clothing is auctioned off to the audience. While Dee fends off more unwanted advances we’re treated to an extended semi-naked go-go dancing routine by another girl, back by the house band The Tigers and the Pussycat (which unusually for 1968 featured a girl guitarist). 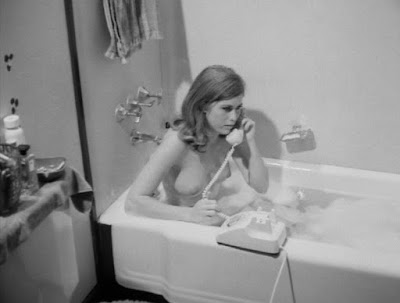 These sequences are not too bad and they’re the sorts of things that make 1960s American sexploitation so appealing. Unfortunately there are not quite enough of these inspired moments.

There’s no shortage of nudity. THere’s not a great deal of pubic hair (about what you could get away with at the time - within a year things would change). The sex scenes are also as graphic as producers were prepared to risk in 1968 in other words mostly not very graphic. But that’s OK, it’s all part of the charm of this genre. And the women are, for the most part, very attractive. 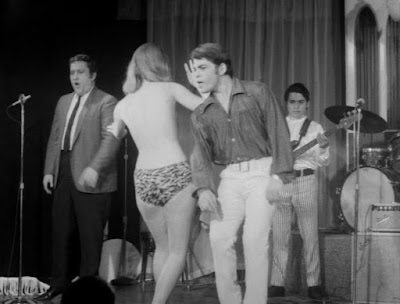 Dee is played by Vincene Wallace who also had a part in Russ Meyer’s Vixen! the same year. Vicki Carbe plays Connie. They may not be great actresses but they’re both exceptionally cute and not shy about showing off their rather impressive bodies. Vincene Wallace does make an attempt to act and she isn’t too bad.

Apart from that it’s a typical example of the genre, with voiceover narration because in most scenes there’s no synchronised sound (synchronised sound cost money) and it has that seedy shot in black-and-white look.

Is there a moral to this tale? Well, not exactly an uplifting moral but I guess Dee does learn something. 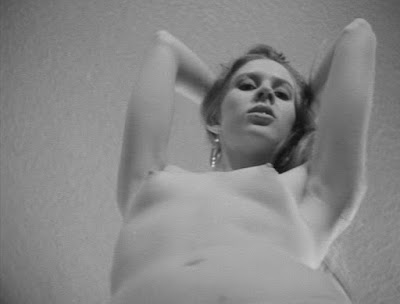 Something Weird released this one on a triple-header DVD that also includes the fairly enjoyable The Brick Dollhouse and the bona fide sexploitation classic A Smell of Honey, a Swallow of Brine.

A Sweet Sickness gets a very good transfer indeed. It’s fullframe black-and-white of course which is how it was shot.