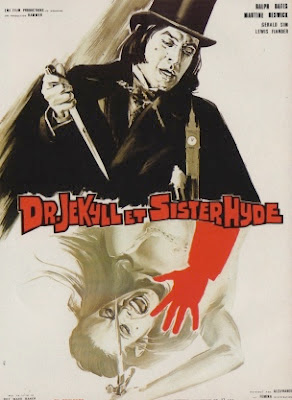 These strands are woven together quite cleverly in Brian Clemens’ screenplay. The result is one of the most interesting of the later Hammer horror movies.

Dr Jekyll (Ralph Bates) is a dedicated medical researcher on the verge of an important breakthrough which could put an end to some of mankind’s most feared diseases. Then a chance remark by his friend Professor Robertson (Gerald Sim) leads him onto a different tack. Robertson tells him that while his work is undoubtedly important it’s so painstakingly slow that he’s likely to die before completing it. Jekyll realises he has a point. If only he could somehow prolong his life sufficiently to be sure of finishing his work.

Surely such a thing is impossible. 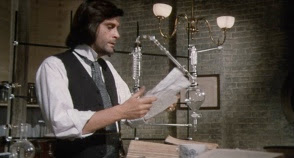 Or is it? Dr Jekyll believes there may be a way. His new line of research requires some raw materials that are rather difficult to obtain. He suspects that female hormones may hold the key. He needs to get hold of a large supply, and for that he needs corpses - corpses of young women. Luckily (or perhaps unluckily) he has a source, a worker named Byker (Philip Madoc) at the morgue who supplies cadavers to doctors. When this source proves inadequate Byker suggests that a certain Mr Burke and Mr Hare may be able to help. Their prices are high and it’s best not to ask too many questions 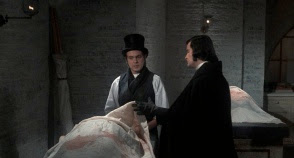 but the cadavers they supply are certainly fresh.

Dr Jekyll makes some progress, testing out his new theories using himself as a guinea pig. There is an unexpected side effect. The elixir he has discovered turns him, temporarily, into a woman! A very attractive woman. But this female alter ego (played by Martine Beswick) proves to have her own distinctive personality, and some unfortunate habits.

He explains the apparent presenc 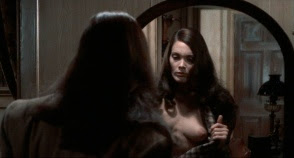 e of a woman in his rooms by claiming his sister is staying with him. A certain Mrs Hyde.

The beginnings of Jekyll’s new line of research coincides with the first of a series of gruesome mutilation murders. Professor Robertson suspects that the Whitechapel Murderer may be connected with his friend Dr Jekyll. But by this time Dr Jekyll is losing the battle of wills with Mrs Hyde.

With a fine script and with one of Hammer’s best directors, Roy 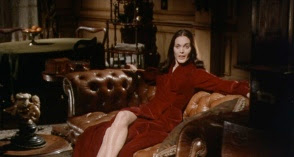 Ward Baker, at the helm this is an original and entertaining variation on Stevenson’s story. Ralph Bates and Martine Beswick do bear some resemblance to each other and having two actors playing the two halves of Jekyll’s personality works well. The transformation scenes are very effectively rendered. Bates and Beswick are both good, with Bates giving possibly his best ever performance.

The violence is quite graphic by Hammer standards, in keeping with the growing 1970s trend towards gore. There’s some nudity and it’s cleverly integrated into the story, reflecting Dr Jekyll’s fascination with his 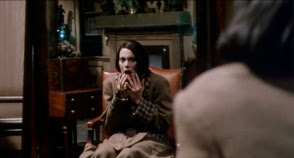 The movie also taps into the 70s fashion for androgyny and gender-bending. It’s a fairly successful attempt by Hammer to add a new and fresh twist to old themes and to appeal to 70 tastes without abandoning the gothic horror roots that had served the company so well. Dr Jekyll and Sister Hyde is one of the best of the later Hammer films ad is highly recommended.

Optimum’s Region 2 DVD is adequate although rather grainy at times.
Posted by dfordoom at 21:11

I think the wit and ingenuity of Brian Clemens was a much needed ingredient to 'Hammer Horror' in the 1970's. His later film CAPTAIN KRONOS - VAMPIRE HUNTER is as equally revisionist as SISTER HYDE, although less successful due to the decision to cast a wooden unknown in the lead. I've always considered the 1970's Hammer's most intriguing period because of films like SISTER HYDE.