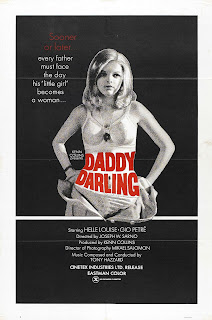 Daddy, Darling is a 1970 softcore flick about incest so you know this is going to be a sleazy exploitative little film. Except that it’s a Joe Sarno film, and it’s one of his more artistically ambitious efforts (and Sarno could be pretty artistically ambitious). And it isn’t really sleazy or exploitative at all. Sarno approaches his subject matter seriously and with sensitivity, as he often did, and on this occasion it works surprisingly well.

Katja Holmquist (Helli Louise) is a 19-year-old girl whose father Eric (Ole Wisborg) has brought her up on his own since her mother’s death. Katja and her father are very close, which is natural enough. The trouble is that Katja is a teenager, her hormones are raging and she’s a virgin. She’s becoming a bit too attached to her dad. It’s perhaps unfortunate that her father has chosen this moment to remarry. He is going to marry Svea (Gio Petré), a woman for whom Katja has already conceived a certain dislike. It’s not especially unusual for a girl in this situation to be somewhat jealous now that she’s no longer going to be the sole focus of her father’s affections, and it’s not unusual for the girl to feel a little bit emotionally confused. Unfortunately Katja takes things a bit further. Her feelings for Eric have started to become sexual. In the normal course of events she’d probably grow out of this phase without any damage being done but now that there’s another woman staking a sexual claim on her father Katja’s feelings have taken on a new urgency. She’s determined to stake her own claim first and she starts making frankly sexual advances to him and he (perhaps naturally) either fails to get the message or deliberately chooses not to admit what is happening.

As things get more and more tense Katja develops a friendship with a female artist. The artist is your basic predatory lesbian (and where would sexploitation films be without predatory lesbians) but Katja is kind of naïve about such matters and has no idea of her friend’s tastes. Katja’s naïvete is of course part of her problem.

Sarno’s approach was always more successful when he had a decent cast and that is something that doesn’t happen very often when you’re making low-budget sex films. In this case he was pretty lucky. 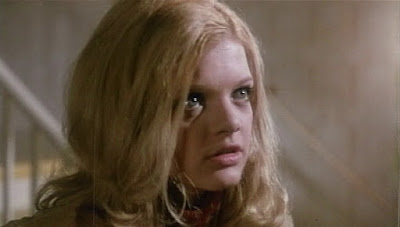 Daddy, Darling was made during Sarno’s Swedish period. Making films in Sweden generally allowed him to find reasonably good acting talent not afraid to appear in movies about sex. Ole Wisborg as Eric and Gio Petré as Svea are certainly quite competent.

Helli Louise as Katja is another matter. She’s more than competent, she’s very very good. She clearly decided to approach the role as a real acting job and she proves she has the acting chops to do so. It’s a nicely nuanced performance. Katja is dangerous, but she’s dangerous because she’s confused, not because she’s evil or calculating. She’s not crazy and she’s not a scheming little minx.  She’s a teenager. She has the emotional and sexual desires of a woman but she has no clear idea what to do with those desires. She’s not malicious. She can be conniving, but she is conniving the way a child is conniving. 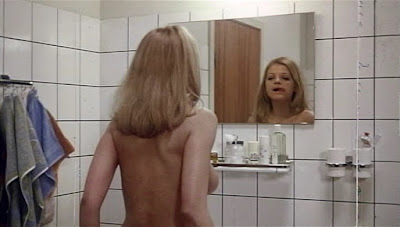 Helli Louise is very pretty and very sexy but she’s not an obvious sex kitten type, and that’s important because Katja is not a sex kitten.

All three main characters are really fairly ordinary people doing their best but sometimes not handling things as well as they should.

Sarno is being very ambitious in this film. He was often ambitious. The results didn’t always live up to the intentions. As a writer he could come up with decent story ideas but he had no great ear for dialogue. As a director he lacked the visual brilliance of a Radley Metzger. What Sarno had was a genuine fascination with the emotional dimensions of sex and his best films did have some emotional depth. And while he may not have had great stylistic flair he knew how to shoot a sex scene that combined eroticism with emotion. 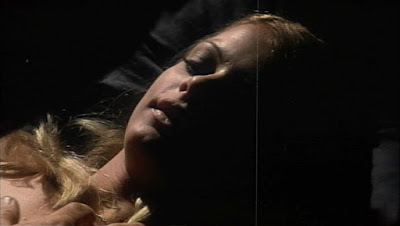 Of course Sarno’s ideas on how to shoot sex scenes weren’t always quite what you expect in a softcore sex film. There’s a fine example in Daddy, Darling. Katja is staying for a few days at a female friend’s house. They have to share a bed. That becomes a slight problem when Katja’s friend decides she wants to share the bed with her boyfriend as well, and she and the boyfriend start having sex. This is an obvious opportunity for a hot sex scene with a hint of kinkiness. So what does Sarno show us? Almost nothing, as far as sex is concerned, just dim blurred shapes in the background. Instead the camera focuses entirely on Katja’s eyes as she lies in bed beside the love-making couple. It focuses on Katja’s eyes for the entire sex scene. The sex in the background is of no interest to Sarno. He is interested in Katja’s reaction. It’s a very effective scene but it’s going to be very disappointing for anyone hoping to see some hot sex. It’s a pretty bold approach to take in a softcore skinflick. We do however get some insight into Katja’s problems. When it comes to sex she’s really all at sea. She’s not afraid of sex but she’s rather bewildered by it.

In another very Sarno sex scene all we see is Katja’s panties around her ankles, and we see her face. That’s all. Perhaps not the sort of scene to please the distributors but artistically it’s devastatingly effective.

This is a movie that certainly deals with incestuous feelings but there’s no actual incest. There’s only one sex scene between Katja and her father and it’s a dream sequence. The subject is handled sensitively and with sympathy for the characters concerned and Sarno’s approach works. 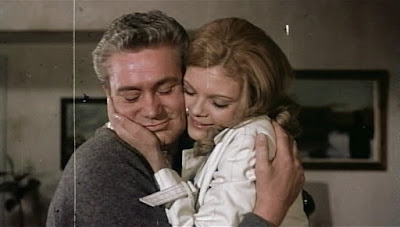 Seduction Cinema released this film as part of their Retro Seduction Cinema line. The transfer has major strengths and major weaknesses, presumably reflecting the source material. There is a lot of print damage. On the other hand the image is reasonably crisp and the colours look pretty good. And there are a few extras including an interview with Joe and Peggy Sarno.