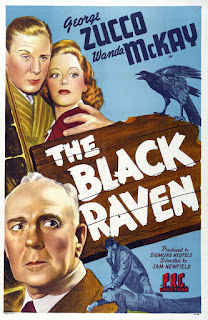 The Black Raven is an Old Dark House movie, a genre notable for movies of widely varying quality and entertainment value. This is definitely one of the better examples.

This is a PRC picture and you know what that means. A pitifully small budget, rock-bottom production values and very few sets. It does however have George Zucco and that makes up for a lot.

Zucco plays Amos Bradford, also known as the Raven. He runs a small hotel called the Black Raven near the Canadian border. He obviously had a shady past and now it might be about to catch up to him. A small-time hoodlum who believes Bradford double-crossed him has broken out of prison and now he’s arrived at the hotel determined to even the score. Bradford is however not the easiest guy to rub out. He’s been around and he knows a trick or two.

Naturally there’s a severe storm that has washed away all the roads and bridges so the handful of guests at the Black Raven are cut off from the outside world, just as they should be in any self-respecting Old Dark House movie.

The guests are naturally a motley and slightly disreputable lot. 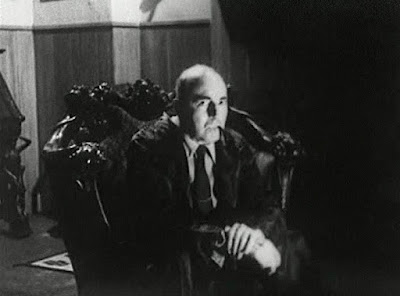 There’s gangster Mike Bardoni who is hoping to slip over the Canadian border. There’s a weedy little middle-aged guy named Horace Weatherby who clutches a briefcase very nervously and won’t let anyone touch it. There’s a young couple who are eloping and, rather inconveniently, there’s also the girl’s father. Her father is crooked politician and gangster Tim Winfield, which is even more awkward for the young couple. There is also of course the escaped convict mentioned earlier. To round off the cast there’s Bradford’s servant Andy (yes there’s an Amos and an Andy). 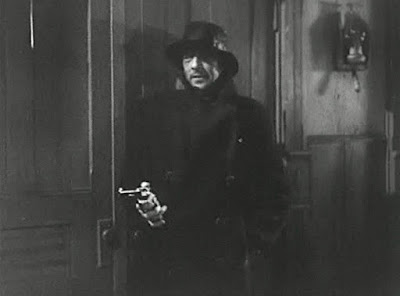 There’s also an incredibly dumb sheriff who clearly could not be trusted to investigate a case of an overdue library book.

There will be much creeping about in dark cellars, people will get slugged from behind and pushed down stairways, everyone will suspect everyone else, there will be more murders and it all takes place with lots of thunder and lightning in the background. In other words it has all the ingredients that this genre requires except that there are no hints of the supernatural.

It seems like a stock-standard plot for this genre but it does have a bit of a twist at the end that I didn’t see coming. I was sure I knew the identity of the murderer but I was wrong. 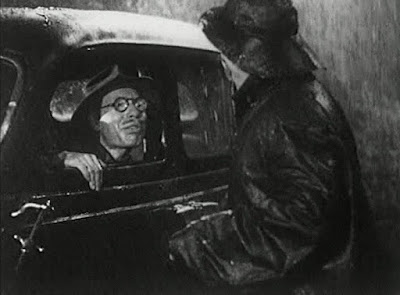 George Zucco as Bradford is a slightly ambiguous character. He could be a villain or he could be a hero. Zucco is as watchable as always. The other cast members are adequate. Glenn Strange as Andy provides the comic relief which luckily is kept within reasonable bounds.

Sam Newfield directed countless B-pictures including quite a few that were pretty good movies of their type. He really goes to town with the shadows in this film. One could almost say that he overdoes it, but this is an Old Dark House movie and you just can’t have too many sinister lurking shadows in such a movie. On the whole his approach works and the movie’s pacing can’t be faulted. For a PRC movie it’s surprisingly well made. 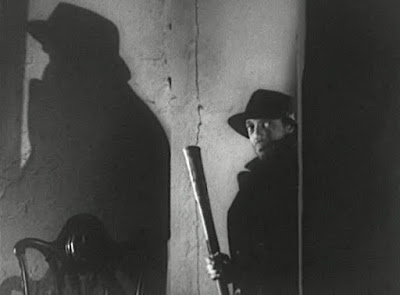 This is a public domain title so while there are quite a few DVD releases around most are obviously going to be of fairly poor quality. The Grapevine Video edition offers a transfer that is at least reasonably watchable although some scenes are very murky indeed and most of the movie has a somewhat washed out look. They have paired this film with another Zucco flick, Dead Man Walk, on one disc. If you’re a George Zucco fan and you can pick it up cheaply enough it’s probably worth grabbing.

The Black Raven is an unassuming but vastly enjoyable little movie. It only runs for an hour but it’s non-stop fun. Highly recommended.
Posted by dfordoom at 23:11