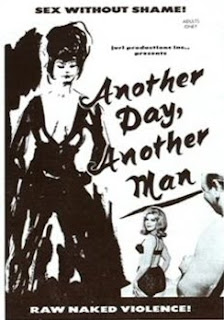 Another Day, Another Man is another serving of weirdness from the queen of 60s sexploitation, the inimitable Doris Wishman. It’s trashy, it’s campy, and it’s fun.

Ann and Steve are married but have not been able to afford place of their own. Now Steve has had a promotion and he can finally afford an apartment, and he can avoid the shame of having a wife who has to go out to work. Ann is beside herself with excitement at the prospect of being a real housewife at last. She’s been sharing an apartment with Tess, who works as a high-priced hooker.

Everything is going swimmingly until Steve is stuck down by a mystery ailment, and the doctor warns that he must have six months of complete bed rest. Clearly in order to cope with the medical bills Ann will have to go back to work, but her old job didn’t pay well enough to cover the rent and the medical expenses. But then she remembers how much Tess was earning as a prostitute. So begins her double life - by day the devoted housewife and nurse to her ailing husband, by night an expensive call girl. 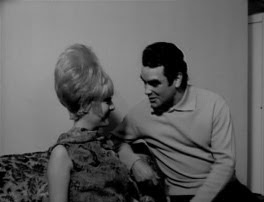 s separate, and everything is going to fall apart.

There are sub-plots that have little connection with anything, including one involving an innocent country boy who discovers to his horror that his beloved childhood sweetheart is now a hooker, takes a swipe at her, then comes back to apologise and finds himself seduced by the Bennett twins. What appears to be a major sub-plot, with Tess finding herself pregnant to her pimp Bert (who is also Ann’s pimp), suddenly just disappears from the movie.

As usual, Wishman wrote, produced, directed and edited the film, using a variety of pseudonyms. It has all the classic Wishman touches - lots of shots of ducks on the pond, buildings, items of furniture and people’s feet. The dialogue was dubbed in later, so it isn’t properly synchronised. She uses her usual technique for dealing with this - people turn away from the camera when they speak, their faces are obscured, or they’re filmed in long shot when they’re talking. When we do see them closer up and notice that the sound isn’t synchronised properly it just adds to the charm. She was a true low-budget auteur whose movies could never be mistaken for anyone else’s. 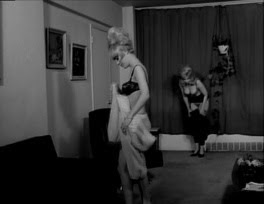 This was one of her “roughies” but in fact there’s not much violence, and what violence there is is so stylised and so silly and bizarre that it’s amusing rather than disturbing. There’s also no actual nudity or sex. This is true to some extent of most of Wishman’s films of this period but this one is unusual in having none at all. There are however lots of shots of women in their underwear. If women with beehive hairdos and wearing suspender belts are your thing then you’ll be in bliss.

Plenty of Wishman regulars turn up in the cast, including Darlene Bennett and Gigi Darlene. Sam Stewart plays his usual sleazeball role. The acting is as delightfully bad as you could wish. The sets look pretty much identical with those used in Bad Girls Go To Hell. 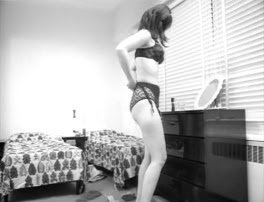 The movie is sleazy but in a good-natured campy fun sort of way. It lacks the edge of true weirdness that makes other Wishman movies of this era so wildly entertaining - if you’re new to the strange world of Doris Wishman then I’d recommend Bad Girls Go To Hell (which is included on the same DVD double bill) or Indecent Desires as better places to start. If you’re a dedicated fan of her work though you’ll find much to enjoy in this outing. Her movies are always fascinating and enjoyable in their own off-beat way.

Something Weird have again come up with a stunningly good print of an obscure movie. It’s crystal clear and looks fabulous.
Posted by dfordoom at 15:48