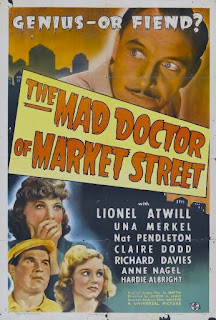 While their 1942 release The Mad Doctor of Market Street is a distinctly lesser entry in the Universal horror canon it does have Lionel Atwill in mad scientist mode and one or two other features that make it worth a look.

Several titles were considered when the project was being developed, including Terror of the Islands and Terror of the South Seas. This suggests it was initially conceived as a kind of tropical jungle romp. It ends up being a horror movie with not quite enough actual horror although the premise is promising enough (if not exactly startlingly original).

Ralph Benson (Lionel Atwill) is, like so many mad scientists in books and movies, trying to conquer death. He believes he can bring the dead back to life. The problem is that Benson is not the typical mad scientist, who usually starts out as a good man who ends up perverting his genius by pushing too far into dangerous areas of research. Right from the start he is a charlatan, a pseudoscientist with no real understanding of medical science. He might really believe he can restore life to the dead but that’s because he is not a real scientist. His research is a mishmash of garbled ideas he has stolen from others. He is not a good man who becomes evil through hubris or misfortune - he is dishonest, scheming and unscrupulous from the beginning. This is the most interesting thing about this movie and its main claim to originality.

There is a potential problem here. In most mad scientist movies we feel at least some sympathy for the mad scientist - we feel he could have been a great man if only he’d had slightly better judgment. We don’t feel any sympathy for Ralph Benson. He’s a fake, he’s dangerous and he is motivated purely by the lust for power and money (especially power). In this respect Lionel Atwill can be said to have made the right choices in his performance. Benson is a phony but he’s plausible and charming. Atwill’s performance is initially fairly restrained - he makes us feel that this is a man who could successfully fool people. As the story progresses Atwill’s performance becomes progressively more extreme (and delightfully so). As things start to go wrong we see Benson more and more as a psychopathic madman. 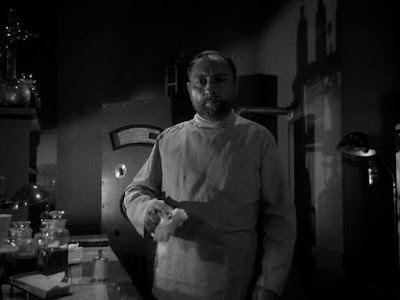 The story opens (moodily and stylishly) in San Francisco as an unfortunate and rather unwise young man, desperate for money, agrees to be used as a guinea pig in Benson’s experiments. The experiments go badly awry and Benson is soon on the run, wanted for murder.

He takes passage on a steamship, the S.S. Paradise, bound for New Zealand. The ship is destined never to reach its destination. It is shipwrecked and a small group of survivors find themselves on a remote Pacific Island. Among the survivors is Ralph Benson. 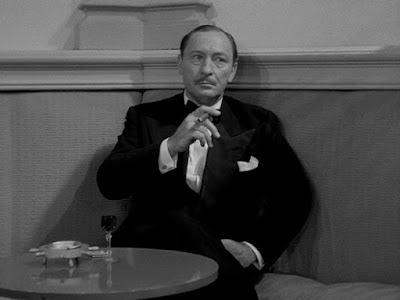 Benson soon convinces the natives he is a god. His scientific knowledge might be limited but he gets lucky and the natives believe he really can raise the dead. He continues his experiments, which is not good news for his fellow survivors, or for the natives. Since Benson’s science is no more than pseudoscience it’s inevitable that sooner or later he will stumble and once the natives start to doubt his godlike powers things are bound to get rather tricky for him. He is accepted as both god and absolute ruler of the island but his reign depends entirely on his ability to continue to perform miracles and of course miracles  turn out to be not so easy to perform.

There are enough good ideas here to make an excellent horror movie but by the early 1940s Universal’s horror films were tending more and more towards parody and light comedy so the ideas are not really developed sufficiently and the tone of the movie is too self-consciously comedic. 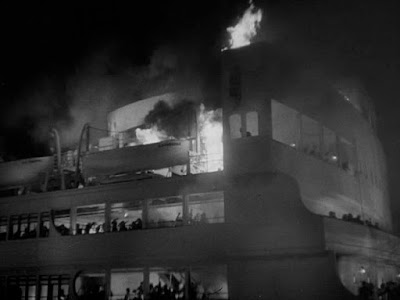 The casting is a problem. Atwill is excellent of course. The two romantic leads, Patricia (Claire Dodd) and Jim (Richard Davies), are adequate. Una Merkel was a fine comic actress but as Patricia’s Aunt Margaret she’s playing for pure comedy. She does this well enough but her performance pushes the movie too far in the direction of a lighthearted comic romp. This leaves Atwill as the only member of the cast actually trying to make a horror movie.

Despite these deficiencies there are some compensations. Joseph H. Lewis, later to become the darling of film critics for crucial entries in the film noir canon such as Gun Crazy and The Big Combo, is the director. As always his approach is stylish and imaginative and as always Lewis demonstrates his ability to make a cheap B-movie look good. It also has to be said that even though Universal’s 1940s horror movies were mostly very inferior to their 1930s masterpieces the studio still had technicians with the skills to make these movies look great. Lewis gained the nickname Wagon-Wheel Joe for his penchant for shooting scenes through the spokes of wagon wheels in his early B westerns. It’s amusing to see him using some similar techniques here. 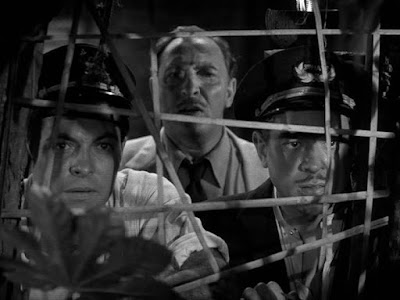 There are a few quite effective and chilling images. The flower soaked in chloroform with which he subdues a native woman is a nicely creepy touch.

The Mad Doctor of Market Street is included in TCM’s five-movie Universal Cult Horror DVD boxed set. The transfer is very good and there are at least a few token extras.

This is by no means a classic of the genre but Atwill’s performance, Lewis’s direction and the slightly unusual approach to the mad scientist stereotype are enough to make it worthwhile viewing. Recommended.
Posted by dfordoom at 00:34

I'm afraid you liked this more than I did - I gave up halfway through.

The opening's good - it starts the way these films usually end!