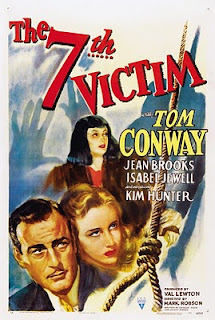 Most of Val Lewton’s 1940s RKO horror movies have at least some affinity to film noir, and this is seen at its most striking and most dramatic in The Seventh Victim.

Released in 1943 and directed by Mark Robson, The Seventh Victim is of course also a very fine horror film, and it’s one of the subtlest horror films ever made.

The deal Lewton had with RKO is that the studio would give him a title and he would then have to construct a movie around it. It sounds crazy but it worked and it gave Lewton the almost complete artistic freedom that he craved - all the studio demanded was that the resulting movie should be scary, it should be made within a very limited budget and it should use their title. It was an arrangement that suited Lewton perfectly.

Mary Gibson (Kim Hunter in her film debut) is a schoolgirl who learns that her sister Jacqueline is missing. She sets off for New York to find her. She eventually discovers that Jacqueline has become involved with devil-worshippers. She meets the men in Jacqueline’s life, an odd assortment including a failed poet and a cynical psychiatrist. Jacqueline is obviously running from something but it takes Mary quite a while to learn what it is. In fact, as the quotation from Donne that open the movie makes clear, Jacqueline is both running from and running towards death. 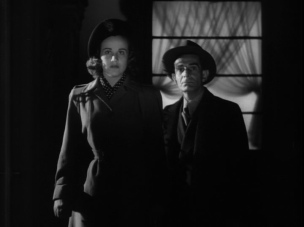 DeWitt Bodeen had been responsible for the screenplay for Cat People was was given the job of writing the initial treatment for The Seventh Victim. Lewton wasn’t satisfied with it and assigned Charles O’Neal to do a complete re-write. Bodeen and O’Neal then collaborated on the script with Lewton, as always, doing the final re-write. Lewton had asked Bodeen to attend a meeting of a society of devil-worshippers, which he did. The writer was struck by the ordinariness and the futility of these New York Satanists, qualities which characterised the Satanists in the movie. The movie can be seen  as being as much as anything an attack on the evil of nihilism, nihilism being the quality that makes people vulnerable to cults such as the movie’s devil-worshippers.

Lewton added numerous literary allusions to the screenplay and these allusions, rather than seeming pompous, add considerably to the movie’s essential fatalism. 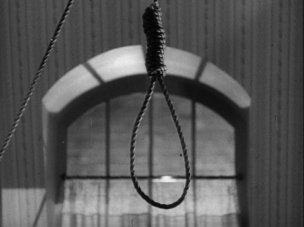 The screenplay has obvious film noir elements with Jacqueline being the basically good person whose flaws lead her down into darkness, these flaws being her boredom, her obsession with death and her nihilism. The stylistic approach strongly reinforces the film noir feel.

Jean Brooks as Jacqueline looks like a cross between a film noir femme fatale and a proto-goth. She looks in fact like the kind of girl who’d join a Satanist cult for the thrill of it. The characters all have more depth and complexity than is usual in B-pictures and Tom Conway as psychiatrist Dr Louis Judd and Erford Gage as Jason succeed in capturing the essential ambiguity of their characters. All the characters are torn between light and darkness, between good and evil, between life and death, and all must make a final choice.

Mark Robson had edited Lewton’s first three horror pictures, directed by Jacques Tourneur, and when RKO assigned Tourneur to other projects Lewton promoted Robson to director. Lewton was very pleased with the results, and rightly so. Robson had a tremendous admiration for Lewton and knew exactly what Lewton wanted. 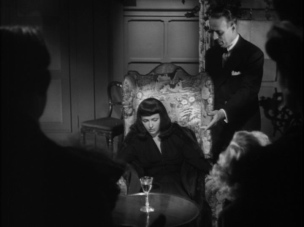 Few cinematographers have ever exceeded Nicholas Musuraca’s brilliance in capturing the soul and spirit of film noir and he’s at his best in this film. There’s nothing flashy about his photography but the atmosphere of doom, of evil and of inevitable catastrophe is palpable right from the start.

The subway scene with the corpse of Mr August is one of the great visual set-pieces that distinguished all of Lewton’s RKO films. The earlier scene in which August is killed is yet another and it’s a superb exercise in suspense and atmosphere. The opening scene in the office of the headmistress at Mary’s school is impressive for the amount of trouble taken for what is really a fairly minor scene. Lewton insisted on getting the details right, this being one of the qualities that makes his RKO movies so much more than mere B-movies. Even more impressive is the starkness and bleakness in the early scene in which Mary enters Jacqueline’s room to find that it contains nothing but a chair positioned beneath a noose. There’s also an ominous scene with Mary in the shower being warned off by Mrs Redi, with the shadowy figure of Mrs Redi seen through the shower curtain. 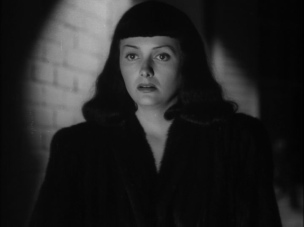 This is one of the darkest Hollywood movies of the 40s. Superficially it paints an extraordinarily bleak picture of life, so bleak that death seems welcome. It’s worth pointing out though that the characters do have a choice. In some cases the choices they have made may seem to make death the only attractive option left to them, but they didn’t have to make those choices. This is something that Dr Louis Judd points out to the Satanists, that they have chosen darkness and death but they could have chosen life. Whether Dr Judd himself has made the wrong choices is open to debate. The fact that the characters have a choice means that the movie is not simply an exercise in adolescent self-pity and gloom. Life may be bleak but nihilism makes it a good deal bleaker.

The Region 1 DVD includes a number of extras including a commentary track, and it boasts a very fine transfer.

The Seventh Victim is one of the greatest of Hollywood horror films and it is also a fascinating exercise in film noir. It’s a complex movie that becomes more fascinating with each viewing. Very highly recommended.
Posted by dfordoom at 17:46