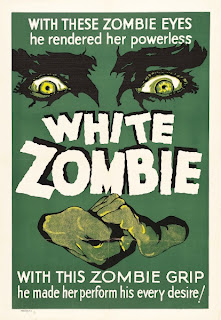 White Zombie, released in 1932, was one of the first zombie movies. And it remains one of the best.

Neil Parker (John Harron) and his fiancée Madeline (Madge Bellamy) arrive in Haiti where they are to be married. On the ship carrying them to Haiti they had met Charles Beaumont (Robert Frazer). Beaumont had persuaded them to postpone their wedding until they reached Haiti. Beaumont had become besotted by Madeline and now he is determined to have her, no matter what methods he has to adopt. Beaumont asks Monsieur Legendre (Bela Lugosi) to help him. Legendre agrees, but Beaumont is not sure he is prepared to pay Legendre’s price. But eventually Beaumont decides that he will pay any price, even Legendre’s.

Neil and Madeline had already heard rumours of zombies when they first arrived at the island. Missionary Dr Bruner (Joseph Cawthorn) assures Neil that the legends of zombies have some basis in reality. Neil will soon discover just how true that is, when his new bride becomes one of the walking dead.

Beaumont had assumed that he would get Madeline but he is horrified by the zombie Madeline. Legendre has meantime decided he wants Madeline for himself. 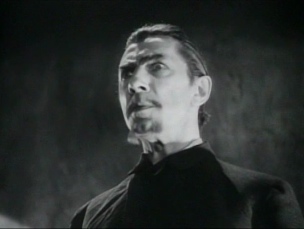 Legendre, popularly known as Murder Legendre, has his own private army of zombies. He had learnt the secret of creating zombies from a voodoo witch-doctor. Legendre’s private zombie army is composed entirely of his former enemies, a fact that appeals to Legendre enormously.

Neil gives way to drink and depression but he never entirely gives up hope of restoring Madeline to normality and to himself and he has a powerful ally in Dr Bruner who has a considerable knowledge of local superstition. 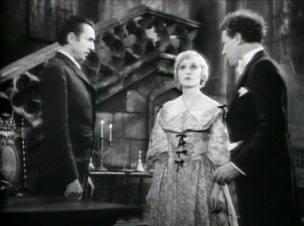 Bela Lugosi fans always point to this movie as one of his finest performances, and they are quite right to do so. It’s a good meaty role that suits him perfectly and Lugosi is superb. This is Lugosi at his most charming and at his most sinister and we have no difficulty in believing that he is a man who can exercise a hypnotic control over both the living and the dead.

The other actors are distinctly subsidiary although they’re mostly adequate. Robert Frazer is very melodramatic as Charles Beaumont, which is exactly the kind of performance this movie demands. Madge Bellamy has the right kind of mysterious gothic beauty. 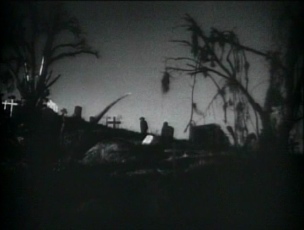 Victor Halperin directed and does a fine job. His brother Edward acted as producer, the movie being made by their own production company. Victor Halperin quite rightly focuses his attention on Lugosi’s mesmeric evil and the close-up shots of Lugosi’s eyes became a major icon of 1930s horror. Halperin consistently creates an atmosphere of stifling tropical evil and his style is pleasingly visually inventive. The movie was made on leased lots at Universal which partly accounts for the high production values.

Garnet Weston wrote the screenplay based on a novel by William B. Seabrook. His screenplay captures the atmosphere of voodoo-ridden Haiti extremely well.

This movie uses matte paintings very effectively. They look artificial and this enhances the nightmare-like quality of the film. The climactic sequences at the castle by the sea are wonderfully atmospheric. 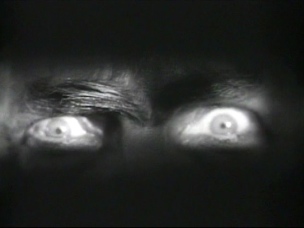 This movie has fallen into the public domain and many of the DVD editions floating about are less than impressive, including the one I saw from an outfit called Payless. While the transfer was a long way from being premium quality it was quite watchable.

This is a good movie anyway but Lugosi’s performance elevates it to the very front rank of 1930s horror movies. This movie is essential viewing for any horror fan and is very highly recommended.
Posted by dfordoom at 00:18

Always end up watching this one on Halloween or in October, it truly has some amazing imagery, and the atmosphere...awesome, I love that scene where they are walking along side a cemetary as wolves howl in the night and the guy driving the coach is talking about zombies! Awesome stuff!

The Roan Group restoration is a pretty nice print. It is light years ahead of most of the versions found on those 80-in-1 type box sets, or the cheap 1.99 ones you'll find in random bins here and there.