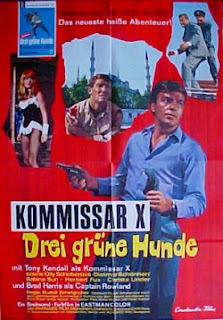 Death Trip (Kommissar X - Drei grüne Hunde) is one of the very successful series of seven Kommissar X europspy movies made between 1965 and 1971. Death Trip was a West German-Italian-French-Hungarian-Lebanese co-production!

It was shot partly on location in Istanbul and released in 1967.

The Kommissar X movies followed the adventures of American private eye Joe Walker (Tony Kendall) and New York cop Tom Rowland (Brad Harris) who were continually getting mixed up in spy capers. There’s never a plausible explanation for their involvement in the world of espionage but if you’re looking for things to have plausible explanations then the eurospy genre is probably not for you anyway.

This time Tom Rowland has been assigned to transport a million dollars’ worth of LSD to an American military base in Europe, LSD being supposedly seen as a key chemical weapon (and in fact the C.I.A. did have a murky involvement with LSD in the 60s). A gang called the Green Hounds wants to steal the LSD. 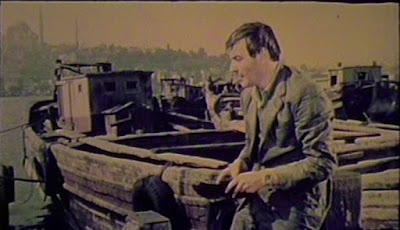 Naturally Joe will end up getting drugged with LSD. Naturally he will get mixed up with a series of glamorous women at least one of whom will be beautiful but evil. Naturally the non-evil girls will be kidnapped by the bad guys. Naturally there will be narrow escapes from certain death, and quite a few fistfights and quite a bit of gunplay.

Joe has the coöperation of the Turkish police but he’s under pressure from the U.S. military to retrieve the LSD no matter what the cost.

There’s a good chase over the rooftops in Istanbul, and there are some atmospheric dungeon scenes. There are also rats to be dealt with. Actual rats. Hundreds of them. 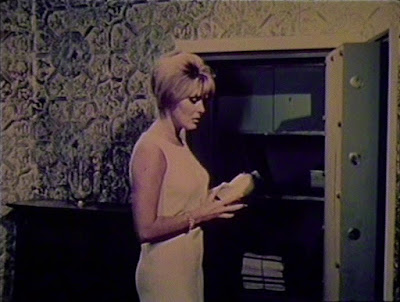 One of the major assets of the Kommissar X series is Tony Kendall. That’s not to say that Joe Walker is a well-rounded three-dimensional character. He isn’t. He’s a comic-book hero but he’s great fun and Kendall plays him with charm and panache. Walker is very similar in style to Lemmy Caution, the hero of a terrific series of French crime/spy thrillers like Dames Don’t Care. The darkly handsome Kendall (who was actually Italian) is physically poles apart from the gravel-voiced weatherbeaten Eddie Constantine of Lemmy Caution fame but Walker has the same sublime self-confidence, the same cheerful arrogance, the same keen interest in the female of the species and the same tendency to jump into a fight with both fists.

Tom Rowland is more of a straight arrow type and he makes a good foil for the impetuous maverick Walker.

There’s an interesting attempt to link the Green Hounds to events in the Ottoman Empire in the 13th century. 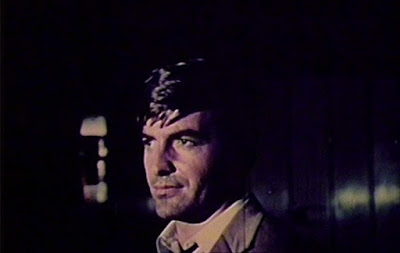 LSD doesn’t play as much of a röle as you might expect. It’s mostly used as a McGuffin. There are no attempts at elaborate acid-trip scenes. Which is just as well since eurospy movies are pretty psychedelic even without actual psychedelic drugs.

Istanbul was up until the 70s a favourite location for spy stories. It has that East meets West ambience, it’s exotic and it’s a very photogenic city. The Valley of a Thousand Hills is also pretty cool. The Turkish locations are used to great advantage.

Rudolf Zehetgruber wrote snd directed the movie and also plays an important supporting role. He does a pretty fair job in all three capacities. 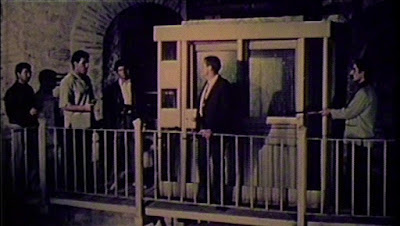 The supporting cast is generally adequate. The girls were obviously cast mostly for their looks, but their looks are nothing to complain about.

The Sinister Cinema DVD-R offers a badly washed out print although it is mostly in the correct aspect ratio. I believe that most of the Kommissar X films have been released in Germany in much better editions although I’m not entirely sure if they include English subtitles or the English dubbed versions (some sources say that they do).

Death Trip is a pretty good entry in the Kommissar X series and it’s a more than decent eurospy flick.