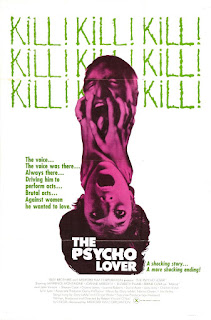 The Psycho Lover comes to us from Something Weird Video (on a double-feature DVD that also includes Heat of Madness which I haven’t yet had time to watch) so we’re probably expecting a rather scuzzy sexploitation flick. Which it is and it isn’t. It is a sexploitation movie and it does feature quite a bit of nudity and some pretty intense violence. But of course the great thing about sexploitation films was that as long as you included those commercially necessary elements you could pretty much do whatever you wanted. And what writer-director-producer Robert Vincent O'Neil apparently wanted to do was to make a tense serious psycho-sexual thriller. He didn’t entirely succeed but it’s not a bad attempt.

Dr Kenneth Alden (Lawrence Montaigne) is a psychiatrist and he’s been called in by Homicide cop Lieutenant Morlock (John Vincent) to see if he can make sense of a rather frustrating case involving a series of brutal rape-murders. They have a suspect, a young man named Marco (Frank Cuva), and the suspect has confessed but then later he repudiated the confession. He now claims that he merely dreamt about the murders. The police have no physical evidence to link Marco with the murders, and worse still Marco has alibis for a couple of the slayings and at least one of the alibis seems solid.

What’s really frustrating abut the case is that Morlock is convinced Marco is guilty. His confessions revealed knowledge of the circumstances of the murders that he could not have had without being involved. 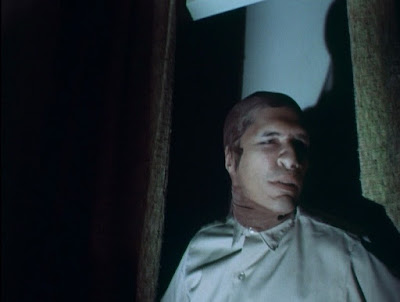 Dr Alden not only interviews Marco, he takes him on as a patient. And having done this he then decides that he is constrained by the ethical rules of doctor-patient confidentiality. So while Dr Alden finds out a lot more about what’s going on in Marco’s obviously disturbed mind he doesn’t feel obliged to pass on such information to the cops. Marco tells the good doctor all about his dreams and all about the voice he hears in his dreams, the voice that tells him to kill women. Marco is sure that these are just dreams. Dr Alden has his own views on that subject.

Dr Alden’s own private life is causing him a bit of stress. He has a hot young girlfriend named Stacy (Elizabeth Plumb) and he and Stacy are madly in love. That’s all good. Unfortunately Dr Aden also has a wife. That’s not so good. Mrs Alden (Joanne Meredith) knows all about her husband and his girlfriend. She’s not happy about it but the one thing she is determined on is that she is not going to give her husband the divorce he wants. 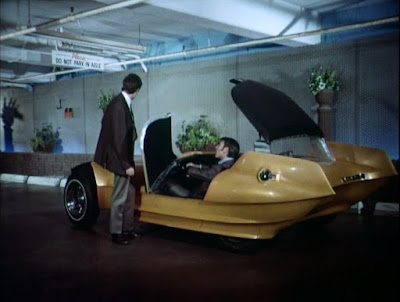 The murders continue. Marco’s therapy continues. And Kenneth Alden’s affair with Stacy continues as well. Stacy watches a lot of movies on late-night TV. She tells Kenneth about a really great movie she just saw. It was called The Manchurian Candidate. Kenneth looks very thoughtful. By this stage you should have a pretty fair idea what’s going to happen next.

Unfortunately the unfolding of the plot is interrupted by romantic interludes between Stacy and Dr Alden. They’re the sorts of romantic interludes you tend to get in movies of this era (and not just low-budget or exploitation movies) - the two of them wandering hand-in-hand through fields of flowers accompanied by some incredibly soppy and cringe-inducing soft rock music, that sort of thing.

The build-up to the climax is done reasonably well and while you’re going to be pretty sure you know how it’s going to play out there is one weird little twist you might not see coming. 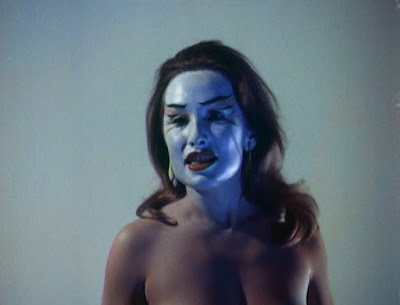 This is a movie very much in the giallo mould. It even has the bold use of colour that you get in giallos. While it’s not in the same league as the best movies in that genre it compares not unfavourably with many of the second-rank giallos. If only Robert Vincent O’Neil had had the foresight to make this movie under an Italian pseudonym it would now have a cult following. The psychedelic dream sequences include a couple of effectively disturbing images.

In fact there are quite a few disturbing moments in this film. Despite the absence of any actual gore the murders are quite confronting and uncomfortably intense. And they’re shot with a certain degree of skill.

The chief problem with this movie is one that afflicts a lot of low-budget movies - the pacing. Apart from that and those embarrassing romantic interludes it’s a surprisingly well-constructed and well-executed thriller. 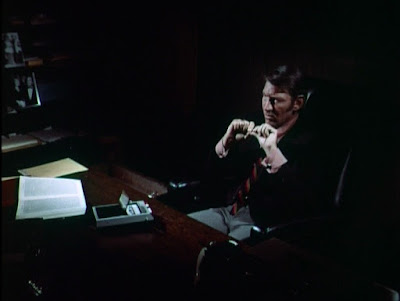 Mention must be made of Dr Alden’s car - it looks like something out of a 50s sci-fi movie. I have no idea why he drives such an insane car but it does give the movie another touch of interesting oddness.

As so often Something Weird have managed to come up with a remarkably good transfer of a very obscure movie. It’s full frame but that appears to be the correct aspect ratio. The colours look vibrant which is fortunate since it’s a movie that uses colour quite flamboyantly to create mood.

The Psycho Lover should appeal to fans of both sexploitation roughies and giallos. It’s one of those pleasant surprises that Something Weird occasionally comes up with. Highly recommended.
Posted by dfordoom at 21:11 2 comments:

I've posted a review of Brian de Palma's unexpectedly good 1996 Mission: Impossible movie over on Cult TV Lounge. The most surprising and pleasing thing about it is that it retains at least some of the flavour of the original 1960s television series.

Of course it helps if you like Tom Cruise (and I personally find him to be just about the least objectionable of modern Hollywood stars).

Here's the link to the review of the movie.
Posted by dfordoom at 16:22 No comments: