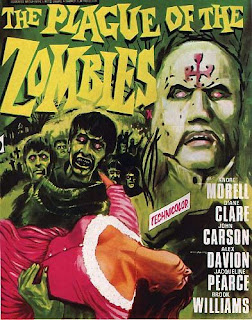 The Plague of the Zombies was, I believe I am correct in stating, Hammer’s only attempt at a zombie film. And a very worthy attempt it is too.

John Gilling had made some interesting movies in the film noir genre in the 50s, most notably Deadly Nightshade (1953) and The Challenge (1960), before becoming a semi-regular director for Hammer in the 60s. He made five movies for Hammer, including two back-to-back in 1966, the underrated The Reptile and The Plague of the Zombies. In fact they were made more or less simultaneously using the same locations and sets.

An eminent physician, Sir James Forbes (André Morell), has been called down to Cornwall by Dr Peter Tompson (Brook Williams). Dr Tompson is general practitioner in a small village and he is facing a situation that has him alarmed and perplexed. Young villagers are dying in disturbing numbers and he can find no clues whatsoever as to the causes. The situation is not helped by the refusal of the superstitious villagers to allow him to conduct post-mortem examinations.

Sir James is accompanied by his daughter Sylvia (Diane Clare). It’s immediately obvious that there is something very wrong in the village. On their arrival they see a funeral disrupted by a crowd of young and obviously wealthy ruffians on horseback. Sylvia’s old school friend Alice (Jacqueline Pearce), now married to Dr Tompson, seems ill and very uneasy. Dr Tompson is drinking more than he should. The atmosphere in the village’s pub is tense to say the least. 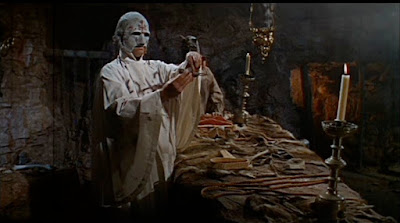 Sir James convinces Dr Tompson that they will be able to make no progress unless they can carry out a post-mortem on one of the victims, even if they have to rob the victim’s grave to do so. Which is what they proceed to do. The discovery of an empty coffin in the grave adds to the mystery.

It transpires that someone is practising voodoo, but to what ends? Why do they need an army of zombies? 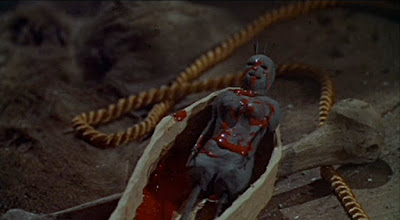 This movie doesn’t have too many familiar Hammer faces but the cast is perfectly adequate. André Morell is superb as Forbes, Jacqueline Pearce is excellent, Diane Clare is quite competent. Brook Williams is a little dull but Dr Tompson is a rather thankless role. The biggest surprise is Michael Ripper - he isn’t playing an innkeeper! He plays the local police sergeant, and has great fun doing so.

This film has all the usual strengths of a Hammer film. The gothic atmosphere is effective, as you would expect with Arthur Grant doing the cinematography. With Bernard Robinson as production designer the movie looks splendid. 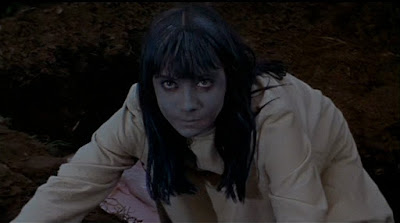 Within a couple of years of the release of this film George Romero’s Night of the Living Dead would usher in a new era of gore-drenched zombie movies. Personally I prefer zombie movies of the earlier type, and I much prefer a movies that tie zombies in with voodoo, as this one does quite effectively. There isn’t much gore in The Plague of the Zombies but it still manages to evoke some genuine chills and a nicely creepy ambience. 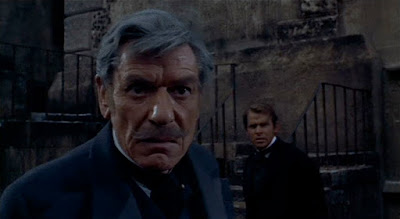 The Plague of the Zombies is classic Hammer gothic horror. It looks good, it has a strong cast, a decent script and it benefits from having a director who knows what he’s doing and isn’t trying to be excessively clever. This is fine entertainment for Hammer fans. Highly recommended.
Posted by dfordoom at 01:51

While, yes, Plague of the Zombies is the only Hammer zombie title I have seen 7 Golden Vampires also listed as a zombie film. I understand why: the creatures do emerge from ground and behave like zombies. But, I suspect they are really supposed to be hopping vampires.

Anyhow, by coincidence, watched this film a few weeks ago. Revisiting it for the first time since the vhs era. Back then I hated it, because it was tame compared to what video cassettes had taught me what zombies should look like- Romero, Fulci etc.

Decades later, with a far more experienced eye, I appreciate it for the minor masterpiece it is. First rate hammer.