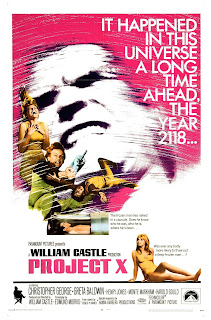 William Castle had a brief run from the late 50s to the mid 60s as the king of the B-movies. His horror and thriller movies were modestly budgeted and not exactly masterpieces but they were highly entertaining schlock. Castle approached selling movies the way a carnival huckster sold carnival attractions. Salesmanship was everything. And Castle was famous for his gimmicks. Things started to go wrong for Castle with his 1964 movie The Night Walker. It’s a very good movie but it failed to set the box office alight. He bounced back the following year with the excellent I Saw What You Did but after that Castle’s career was clearly waning.

Project X, released in 1968, was a desperate attempt to revive his fortune with a change of subject matter and style. Castle’s earlier hits were in black-and-white but this one was shot in colour. And it’s a science fiction movie.

The basic idea is clever, if far-fetched. If you stop to think about it you’ll notice that the plot has more holes than a Swiss cheese. The secret to Castle’s success had always been to make sure the audience was kept so entertained that they didn’t spend time analysing the coherence of the plots.

It’s the 22nd century and the world is divided into two hostile blocs, the Sinoese and the West. The Western spy agencies have come up with an ingenious idea to protect the secrets locked inside the minds of their spies. Their spies are injected with a brain wiping serum. If they’re captured by the enemy the serum is triggered and their memories are entirely erased. Even under torture they can’t reveal secrets if they have no memories. 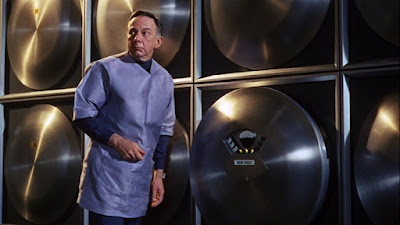 In the case of secret agent Hagan Arnold (Christopher George) the plan has backfired. He was captured and the serum was activated. Then the Americans got him back but their problem is that they need the information he has obtained on his last mission. But they can’t get it because Hagan Arnold has forgotten it. He’s forgotten everything.

There’s just one chance. Cryo-biologist Dr Crowther (Henry Jones) may have a plan. He’s been working on techniques for giving people whole new personalities. It’s just possible that Arnold’s vital memories are still there, buried deep within his subconscious. A sudden shock might bring those memories back to his conscious mind. Fear might do it. If Arnold can be convinced that he’s a criminal on the run then he might be sufficiently afraid to trigger that kind of shock.

A minor problem is that in the 22nd century crime no longer exists. This problem could be solved by making Hagan Arnold believe he’s a criminal, a bank robber, from the 1960s.

A remote one-horse town from that distant past is recreated and Hagan Arnold is led to believe that it’s the 1960s, he’s robbed a bank and he’s taken refuge in an isolated farmhouse. 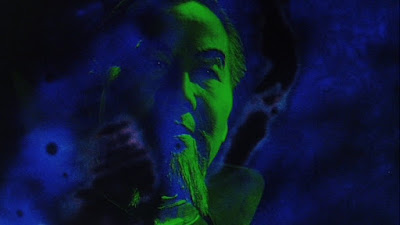 Dr Crowther and his team have only ten days to get the secret out of Arnold, because in ten days time the fiendish bad guys (referred to as the Sinoese) will destroy the West. The Sinoese have discovered the secret of producing nothing but male babies. This will allow them to achieve world domination. Apparently it never occurred to them or to scriptwriter Edmund Morris that maybe a society with no females might run into problems. This was a time when science fiction writers were becoming obsessed with overpopulation. Maybe this aspect was explained more clearly in Leslie P. Davies’ novel.

The central idea is at least ingenious, and in 1968 mind control and erasing memories and giving people other people’s memories was also becoming a hot topic. It’s an idea that could have been the basis for an exceptionally interesting science fiction movie.

One of the major problems is that this movie looks very very cheap. It has a made-for-TV movie look. The idea of having a movie set in the distant future but taking place in a recreation of the 1960s must have appealed to the studio as a money-saving device but it reinforces the overwhelming impression of cheapness. 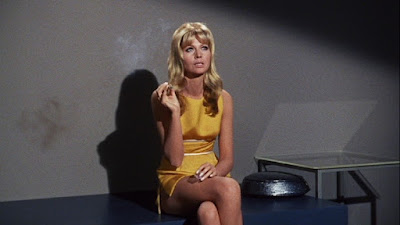 Dr Crowther has a gizmo that allows him to see inside Hagan Arnold’s mind. This is handled by some psychedelic sequences (done by animation studio Hanna-Barbara). Again they’re cheap. They’re not quite as terrible as you may have heard. They are too cartoonish at times and some modern viewers will be inclined to snicker. The really big problem was that the psychedelia stuff was possibly something that was not going to appeal to a mainstream audience. Stanley Kubrick’s 2001 came out in the same year and initially had the same problem. It took a while for audiences to get used to such effects which up to that time had only been used in movies aimed at drive-in audiences (such as Roger Corman’s The Trip) and the drug connotations may have alienated audiences.

And Project X was simply not the kind of tongue-in-cheek fun that would have made it a success with a teen audience. It just comes across as a bit slow and a bit stodgy.

But it’s by no means a complete loss. There are some good ideas here even if the script doesn’t develop them fully. We do get the wonderful Henry Jones and for once he gets more than a supporting role. His Dr Crowther is in fact the central character in the movie. Jones plays him in a slyly ambiguous way, something he was rather good at. 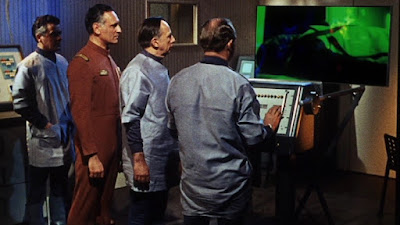 The most interesting thing about this movie is that on the surface it’s a good guys vs bad guys movie with the Sinoese naturally being the bad guys. But if you stop thinking of this as a cheesy William Castle movie that can be dismissed with contempt and actually watch the movie you’ll find that it’s not that simple. The West (the good guys) is actually a very dystopian society. The West’s intelligence agencies trample all over people’s legal rights. It’s a sterile soulless authoritarian society, strictly regimented. It’s social engineering totally out of control. There’s material prosperity of a sort, but clearly there’s no freedom at all. The pretty blonde girl from the future whom Arnold meets by accident takes it for granted that she will have two children when she gets married, because that’s the number of children the government has authorised her to have. She works in a food production facility that is reminiscent of a labour camp. The employees sleep in a sterile dormitory.

What’s clever is that our attention is never drawn to the dystopian elements. We’re left to notice them on our own and it’s amazing how many critics have missed this aspect of the movie.

In its own way it’s a more interesting movie than you might expect. Recommended.

From the pictures of Henry Jones, I'm pretty sure I saw this on late-night TV, probably in the 90s. Would be interesting to see it again, as even if I could remember any more, I doubt the movie was in good condition at the time!

tom j jones said...
From the pictures of Henry Jones, I'm pretty sure I saw this on late-night TV, probably in the 90s.

I didn't even know this one existed until recently. It certainly has its flaws so don't go building your hopes up too high but I love interesting flawed movies.