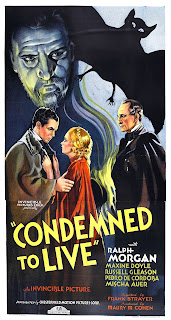 Condemned to Live is a 1935 horror movie made by an outfit called Invincible Pictures (soon to be absorbed into Republic Pictures). This is another of the vampire bat movies that were so popular at the time.

The movie begins in a cave with three members of an exploring expedition (presumably in South America since the cave is infested by vampire bats) taking refuge from hostile locals. One of the three is a pregnant woman and she manages to get bitten by a bat.

We then jump forward a generation or two to a small European village, sometime in the 19th century. It appears to be northern Europe, possibly one of the Scandinavian countries. Professor Kristan (Ralph Morgan)  is much loved by the villagers who look to him for advice about absolutely everything. They’re now much in need of advice. Two people have been found dead, drained of blood, and rumours abound that this is the work of a gigantic bat. 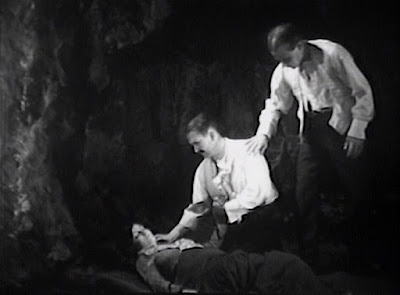 The murders continue and while the villagers still insist that it a bat is responsible there are those who are coming to think that perhaps this is an all-too-human fiend. Professor Kristan and his friend and foster father Dr Bizet (Pedro de Cordoba) have their suspicions. The audience already knows (and has known since the beginning of the movie) that the Professor is the fiend and it would in any case have been very obvious. In fact the point of the movie is that we know the identity of the monster but we get to know him and there’s a strong element of tragedy. Professor Kristan is a good man but he has a terrible affliction over which he has no control. Even more tragically, he remembers nothing of his crimes and does not know that he is the killer.

Of course to add some suspense we know that Marguerite is going to be in danger, m a danger of which she suspects nothing. 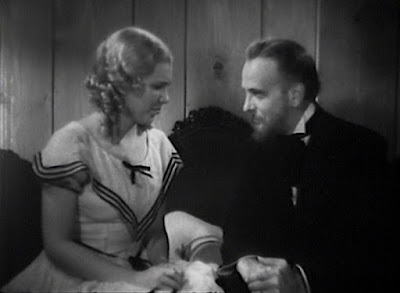 We naturally get mobs of villagers with torches wanting to hunt down the monster and naturally they pick the wrong man.

Ralph Morgan’s performance is low-key but that works quite well. The problem is that he makes the Professor somewhat sanctimonious.

Maxine Doyle is a reasonably likeable heroine in danger. Mischa Auer is very good as the Professor’s devoted servant Zan.

While this was an Invincible Pictures production it was shot at Universal studios. This movie apparently made use of sets left over from bigger budgeted productions (according to some sources including The Bride of Frankenstein) so for a Poverty Row feature the production values are a lot higher than you might expect. 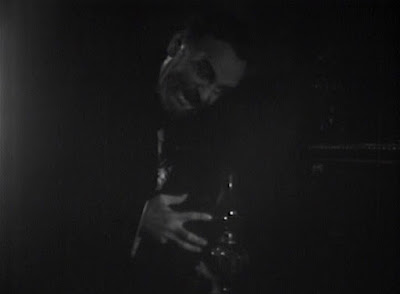 There’s even some location shooing, at Bronson Canyon in California.

Director Frank R. Strayer incidentally also directed The Vampire Bat. He spent his career mostly making B-movies. His main fault in this movie is that he lets things drag a little at times and it gets a bit talky. On the whole though it’s a well-crafted movie and it packs more of an emotional punch than most low-budget horror flicks. The slightly sympathetic monster is one of its many resemblances to Universal’s great horror movies of the ’30s. One gets the strong impression that Strayer was trying to do a Universal monster movie on a Poverty Row budget, and with a surprising degree of success.

The film runs for 67 minutes but probably would have been better with a little judicious trimming. 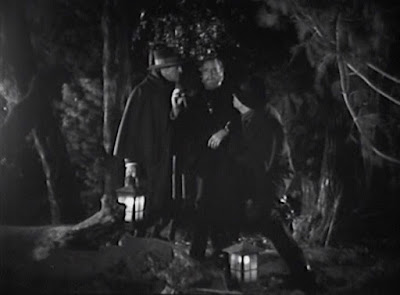 Condemned to Live has been released on DVD as part of The Film Detective Restored Classics series. Yes I know what you’re thinking - it probably hasn’t been restored at all. To be honest I don’t think it has either (or at least not very much) but having said that this is still a pretty good transfer. The image is reasonably sharp, contrast is good and while there’s some print damage it’s not intrusive. Some quality is quite acceptable.

Condemned to Live isn’t quite a neglected gem but it’s a decent B-feature that tries for a degree of subtlety which it sometimes achieves. It’s enjoyable enough and is worth a recommended rating.
Posted by dfordoom at 03:16