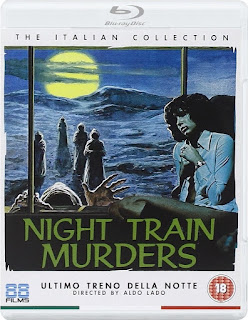 Night Train Murders was one of the notorious video nasties embroiled in the 80s moral panic in Britain (although it should be added that the question of which movies were actually considered video nasties is confusing to say the least).

Directed by Aldo Lado, Night Train Murders (also known as Late Night Trains) was made in 1975. It’s sometimes regarded as a knock-off of Wes Craven’s infamous The Last House on the Left and was also influenced by Bergman’s Virgin Spring.

Lisa (Laura D'Angelo) and Margaret (Irene Miracle) are two teenaged girls heading off to Italy to spend Christmas with Lisa’s parents. They decide to go by train which turns out to be a really bad move.

Also on the train are two thugs, Blackie and Curly. They’re moronic and dangerous and not really in control.

The real problem is yet another passenger, a stunning blonde woman in her 30s referred to in the credits only as the Lady on the Train (she’s played by Macha Méril). She proves to be the detonator that explodes the violence. Blackie tries to rape her in the rest room only he doesn’t have to because she really likes having sex with thugs she’s never set eyes on before.

Due to a bomb hoax the girls have to change trains in Innsbruck. They find themselves in a carriage that is almost empty, apart from a sleazy middle-aged guy, the two thugs and the Lady on the Train. And due to a trivial incident this carriage is effectively cut off from the rest of the train. 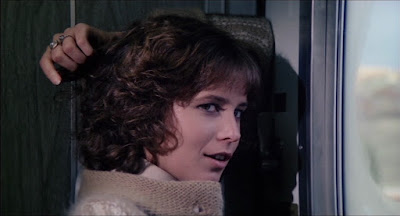 The Lady on the Train taunts the two girls and gets the two thugs into a state of hyper-violent sexual frenzy. Lisa and Margaret are subjected to some pretty hair-raisingly violent treatment including some very disturbing rape scenes. The violence level escalates.

Then the movie kind of changes gear, focusing on Lisa’s parents. By an unlikely coincidence Blackie and Curly and their depraved lady friend encounter Lisa’s parents and more violence ensues.

This movie has a few problems. In fact it has so many problems it’s difficult to know where to start. First off there’s the pacing. The film takes forever to get going. That would be OK if that time had been spent giving the audience a chance to get under the skin of the characters but this doesn’t happen. It’s just pointless meandering. 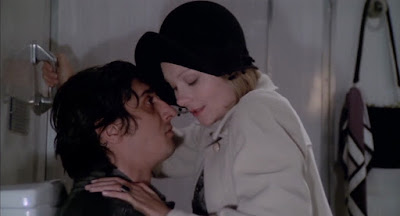 There’s the acting, which is just not very impressive.

There are the appallingly heavy-handed political speeches. Speechifying is bad enough but the film’s political analysis is on the level you’d expect from a 16-year-old. It’s truly embarrassing.

And the payoff is obvious and uninteresting.

The one bright spot is the Lady on the Train. Macha Méril’s performance is genuinely very disturbing and she’s the only character who is at all interesting. She’s crazy and depraved but while she thinks she’s the one pulling the strings the situation slowly slips out of her control, and her control over herself starts to slip as well. 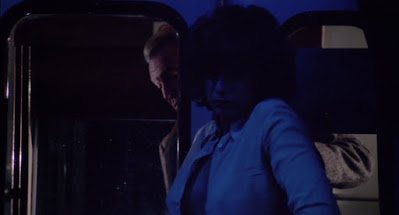 While the violence isn’t as graphic as the movie’s reputation would lead you to suggest and there’s nowhere near s much gore as you might expect it’s the mindless stupid brutality driving the violence that makes this movie uncomfortable viewing. And it’s not what you see that’s unsettling, it’s what you’re not shown directly that is chilling.

This is an incredibly badly made movie. It’s clumsy and amateurish. And, despite the violence, it’s dull.

Also Lado also directed the extremely interesting giallo Who Saw Her Die? (1972) which is an infinitely better movie in every way than Night Train Murders. 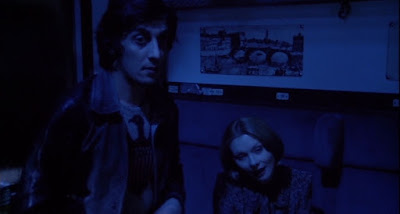 The DVD from 88 Films in the UK offers what appears to be an uncut print. The transfer is pretty good. There are a couple of extras including an interview with Irene Miracle. 88 Films have released this one on Blu-Ray as well and Blue Underground have also released it in the US on both DVD and Blu-Ray.

Night Train Murders is an unpleasant movie. Unpleasant movies can be worth watching but this one is too deeply flawed to be worth recommending. I honestly don’t think it’s even worth a rental. If you’re interested in Aldo Lado’s work buy yourself a copy of Who Saw Her Die? instead.
Posted by dfordoom at 14:15