Frankenstein Must Be Destroyed (1969), Blu-Ray review 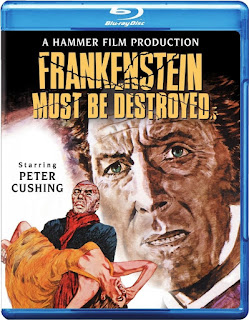 Frankenstein Must Be Destroyed, released in 1969, is the fifth of Hammer’s Frankenstein movies.

Baron Frankenstein (Peter Cushing) has had to leave Bohemia after certain unfortunate events. He had been in the process of obtaining important scientific supplies. Just the usual things. Human heads, that sort of stuff. He disturbed a burglar. The burglar made his escape and went to the police with a horrifying story of severed heads and dead bodies in the cellar of Frankenstein’s house. Frankenstein decides it’s time to pack his bags.

Frankenstein now has a stroke of luck. He discovers that a young doctor named Karl Holst (Simon Ward) has been stealing and selling drugs from the mental hospital at which he is employed. This knowledge allows Frankenstein to blackmail Dr Holst into becoming his unwilling assistant. Dr Holst’s fiancée Anna (Veronica Carlson) is drawn into his plans as well.

One of the patients at the mental hospital is a Dr Frederick Brandt. Brandt had been working in the same field as Frankenstein - human brain transplants. The asylum’s chief doctor, Dr Richter (Freddie Jones), is convinced that Brandt is now hopelessly and incurably insane. But Brandt has expertise that Frankenstein needs so he hatches a scheme to snatch Dr Brandt from the asylum.

One thing about Frankenstein is that he is not easily dismayed. When he discovers that Dr Brandt has at most a couple of days to live he simply changes his plans a little. He’ll just transplant Dr Brandt’s brain into a fresh body. Problem solved. 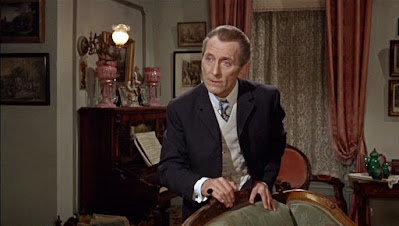 Well, not quite. Frankenstein’s ruthless manipulation of other people will have consequences for him, he cannot entirely trust either Karl or Anna, he has the police after him and even the best-laid plans of evil geniuses don’t always go smoothly.

This is a Frankenstein movie with a monster who isn’t very monstrous and is very sympathetic. He’s a man not a monster, but his brain is in another man’s body. Having a relatively non-monstrous monster was taking a risk but it pays off handsomely giving the climax a real emotional punch. And it actually makes the film much more horrific and genuinely tragic.

Bert Batt wrote the screenplay, from a story by Batt and producer Anthony Nelson Keys. It’s a script that doesn’t just recycle the themes of the earlier Frankenstein films but adds some new touches and some new emphases. 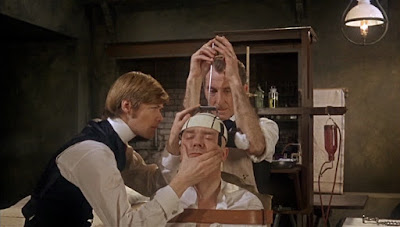 This is the Hammer A team in action, with Terence Fisher directing, Arthur Grant doing the cinematography, Bernard Robinson handling the production design and James Bernard composing the score. And they do some of the best work they ever did for Hammer. There is nothing about this film that seems cheap or shoddy. Hammer always worked under tight budgetary constraints but at its best the studio could turn out very high quality productions and this movie is prime Hammer horror.

Peter Cushing is in fine form. He’s all icy determination and supreme arrogance. Baron Frankenstein is so convinced of his own genius that he genuinely believes that the ordinary rules of morality do not apply to him. He kills without mercy and casually destroys lives. He has become more of a monster than any of the monsters he has created. Cushing really is chilling. All of his performances as Frankenstein are slightly different and this may well be his best. And it does make sense that after devoting so much of his life to the more bizarre aspects of science the Baron has finally lost the last vestiges of his humanity. 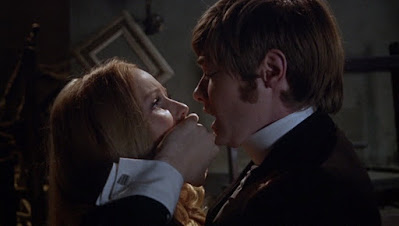 Freddie Jones could be engagingly hammy but when he put his mind to it he was a fine actor as he proves in his later emotionally wrenching scenes in this film. The characters played by Simon Ward and Veronica Carlson at least have some depth. They know they’re serving an evil genius but they can’t see a way out. Thorley Walters is amusing as Inspector Frisch although these brief moments of humour seem slightly out of place in what is actually a very grim and very serious horror film. And it has to be said that, in keeping with the film’s overall tone, the humour is subdued.

There is of course the notorious scene in which Frankenstein rapes Anna. This scene was a late addition and was apparently included over the strong objections of Peter Cushing, Veronica Carlson and Terence Fisher. It does seem a bit unnecessary and it feels out of place, although on the plus side it does have the effect of forcing on the audience the realisation that Frankenstein really has become a monster with no redeeming qualities.

There’s not much actual onscreen gore but there’s a great deal of implied gruesomeness. These were the days when horror movies still relied on the horrific nature of the ideas presented rather than just throwing buckets of blood at the viewer. This is also a movie that doesn’t just rely on horror. 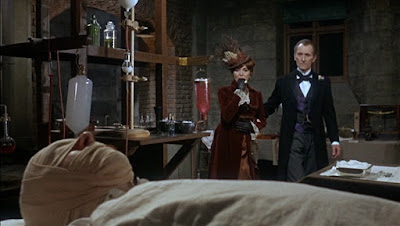 There are a couple of excellent suspense moments, especially the police search of the boarding house in which Frankenstein’s laboratory is concealed. Terence Fisher started his directing career making slightly noirish crime thrillers and he demonstrates that he can be cinematically compelling without any need for blood or gore.

The Warner Home Video Blu-Ray offers a really lovely transfer. The lack of extras is perhaps a bit disappointing but the quality of the transfer makes up for it.