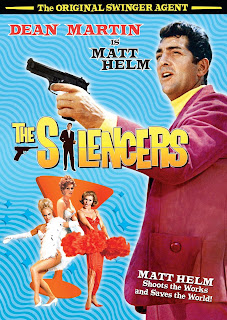 The Silencers, released in 1966, was the first of the Matt Helm movies starring Dean Martin. While Donald Hamilton’s Matt Helm novels were serious spy thrillers and were quite dark and very cynical the movies were essentially spy spoofs.

The Silencers starts with a pretty good opening credits strip-tease sequence which establishes the decadent mood rather nicely.

Matt Helm had been a top agent for an American counter-intelligence outfit called ICE. Now he’s a photographer. What he photographs are girls, sometimes with their clothes on. Considering the palatial gadget-filled house in which he lives we assume he’s doing very well. He has no wish to go back to being a secret agent. In fact he’ll do anything to avoid doing that. Then a bodacious blonde tries to kill him and glamorous fellow ICE agent Tina (Dalia Lavi) turns up to save him, then a whole bunch of guy tries to kill him so he figures he’s back to working for ICE whether he likes it or not.

Tina and Matt head for Phoenix where a stripper is killed but before she dies she passes something (a cylinder containing a computer tape) on to the beautiful but accident-prone Gail Hendricks (Stella Stevens). Is Gail an innocent bystander or an enemy agent? Matt and his boss MacDonald (James Gregory) don’t know but they do know they can use Gail. Maybe she’ll lead them to Sam Gunther, a suspected top operative for the nefarious international criminal organisation the Big O. Gail has no desire to help but she isn’t given a choice. 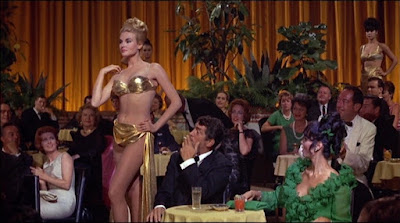 It’s all connected with an underground nuclear test and some missile tests. The Big O and its leader, the sinister Tung-Tze (played by Victor Buono as a kind of chubby Dr Fu Manchu), have some very nasty plans cooked up which you won’t be surprised to hear involve world domination. Gail being so clumsy you don’t expect her to be much use to Matt but she does manage to kill a surprising number of bad guys.

Apart from saving the world Matt has to do a balancing act between Gail and Tina, which is much more difficult.

The climactic action scenes are on a much smaller scale than you’d see in a Bond movie but there’s some fairly satisfying mayhem. The producers were confident enough they were on a winner to include a post-closing credits promo for the next film in the series. 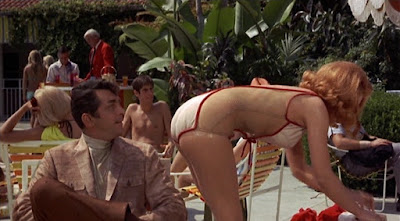 The Matt Helm of the novels might be one of the Good Guys but he’s a cold-blooded assassin entirely without scruples. The Matt Helm of the movies is of course a cheerful irresponsible playboy. Surprisingly some of the personality of the book version is still there in the film. The film Matt Helm can at times be ruthless and manipulative. The movie is basically a spoof but there’s still a vaguely serviceable spy thriller plot and while Dean Martin mostly plays the part for laughs he does have his action hero moments and there are even brief moments when he becomes a no-nonsense secret agent. While he built his successful movie career mainly on comedy as anyone who has seen Rio Bravo can attest Dean Martin could be a very fine dramatic actor when he wanted to be so he handles the action scenes and the very rare serious moments without any difficulty. He has outrageous amounts of breezy charm and charisma and carries off the rôle with a great deal of panache.

Stella Stevens provides plenty of glamour and proves herself to be quite an adept comic actress as well. Gail is hopelessly clumsy. Being clumsy and glamorous at the same time isn’t easy but Stevens manages it with ease. Daliah Lavi adds extra glamour. Roger C. Carmel and Victor Buono ham it up outrageously but delightfully. 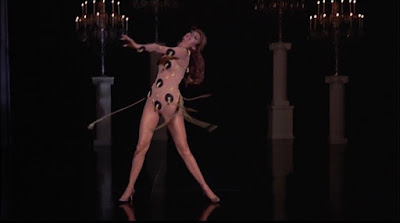 The movie keeps some plot elements from the novel but obviously they’re treated in a tongue-in-cheek manner. We are not expected to take this movie the slightest bit seriously. You just have to lie back and enjoy its sense of good-natured fun. The Matt Helm movies were clearly an attempt to cash in on the enormous success of the Bond movies but with the tongue-in-cheek approach much more heavily emphasised.

There was a reasonable amount of money spent on the film (although it’s obviously much much cheaper than a Bond movie), the sets are reasonably sumptuous, the gadgets are amusing and there’s plenty of action. And there are plenty of beautiful women. While Bond got to drive cars like the Aston Martin DB5 Matt Helm has to make do with a station wagon. And if your cover story is that you’re a photographer you’re not going to be able to carry much camera gear around with you in an Aston Martin. Matt doesn’t just drink and drive, he drinks while driving (the station wagon has a bar and a bedroom). Still, the station wagon was a mistake. 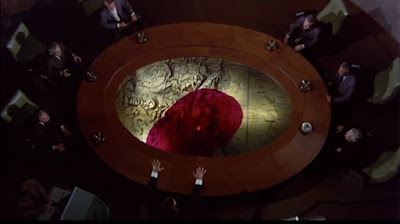 I saw this movie on television a decade ago and wasn’t all that impressed but the lousy pan-and-scan print didn’t help. Watching them on DVD (from the Matt Helm Lounge boxed set which includes all four movies) makes a big difference although the transfers aren’t spectacular. And having since seen the other three movies I’ve grown to really appreciate the cinematic version of Matt Helm.

This movie was based (very loosely) on the first and fourth of Donald Hamilton’s Matt Helm novels, Death of a Citizen and The Silencers (although mostly on the latter).

While it’s obviously a Bond rip-off it’s closer in tone to The Man From U.N.C.L.E. TV series. The Silencers is silly at times but it’s meant to be. On the whole it’s light-hearted fun. Recommended.

when i was little and this movie was routinely played in the afternoon after school, the opening credits with the stripper did an excellent job in poisoning my tender young mind with much more educational thoughts than i ever got in school.