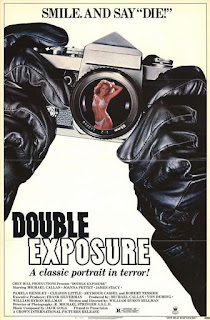 It starts with a stake-out that goes really badly wrong. The cops are trying to catch a psycho killer who’s been preying on prostitutes but what they end up with is a dead undercover cop.

Then we switch to a psychiatrist’s office where Adrian Wilde (Michael Callan) is trying to work through his problems with women. When he leaves the office he runs into Mindy Jordache (Joanna Pettet) in the lift. He starts coming on to her and he does it in such a creepy way that we can see why he might be having a few problems with the ladies.

Despite the ineptness of his approach Mindy agrees to a dinner date with Adrian. Things seem like they’re going fairly well between them.

Adrian’s brother B.J. is a stunt driver. A car accident left him with one arm and one leg, and a bad attitude. But the brothers will do anything to help each other.

Mind you most of the people in this movie have a few problems. Mindy’s a nice person but maybe her judgment isn’t as good as she thinks it is. 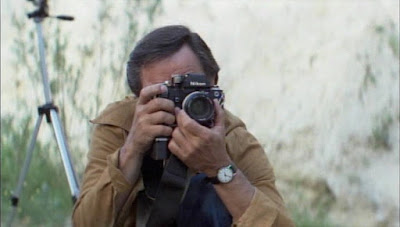 Even Adrian’s psychiatrist has a few problems. His biggest problem is that he thinks Adrian is harmless but he’s not sure.

Adrian is a photographer. He photographs women. A lot of his dreams involve photography. Of course the kind of photography he does is kind of on the borderland between dream and fantasy.

There are lots more dreams, and lots more murders. The most promising lead for the two cops working the case, Sergeant Fontain (Pamela Hensley) and Sergeant Buckhold (David Young), is a sleazy bar frequented by a strange assortment of models, hookers and misfits. The main attraction at this bar is mud-wrestling. Fontain and Buckhold aren’t stupid but they make slow progress. They do find one interesting clue, which suggests that somebody was taking photographs near the murder scene. To the audience that obviously points to Adrian as the killer, except for the fact that at least three other characters are either professional or amateur photographers. 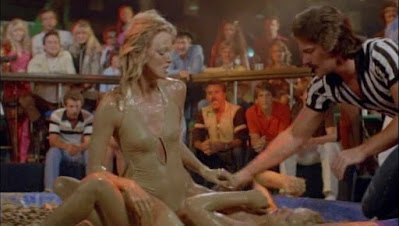 There’s some very effective suspense. We know that Mindy is acquainted with all the likely suspects and as the movie progresses it’s more and more obvious that she’s in real danger.

The killings are not just gruesome but cleverly and imaginatively staged and genuinely shocking.

For a low-budget release this film has a more than OK cast. Michael Callan and Joanna Pettet were not exactly A-listers but they were not complete nobodies either. They’re both impressive. In fact the acting overall is a lot better than you’d expect. It’s interesting to see Cleavon Little in a totally straight role as a hardbitten police lieutenant. 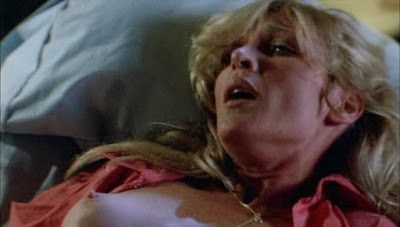 What sets this film apart from the average slasher film is that it attempts some real psychological complexity. We’re not just waiting to find out the identity of the killer - we’re even more interested in the motivation, and in the motivation of the other characters as well. Double Exposure can be sen as an attempt to make an intelligent slasher movie and the remarkable thing is that it mostly succeeds.

There are also some genuine surprises. Characters don’t always do what we’re expecting them to do. And the blurring of the line between dream and reality is handled quite well.

Writer-director William Byron Hillman and Michael Callan (who co-produced the movie) had made an earlier movie together, The Photographer, dealing with very similar themes. Double Exposure essentially takes the same basic ideas but apparently deals with them rather differently (I haven’t seen The Photographer so I’m only going on what I’ve heard about it). 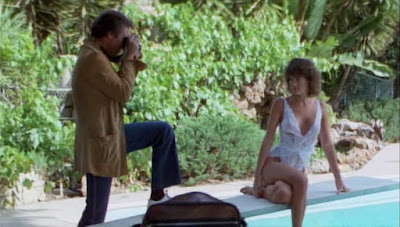 Crown International released the movie briefly and then dumped it which was rather unfortunate (and unjust). It has however developed something of a cult following.

This movie is included in the excellent Mill Creek Drive-In Cult Classics 32 Movie Collection. The transfer is anamorphic and reasonably good. That’s the version I watched. It’s also had a Blu-Ray release from Vinegar Syndrome.

Double Exposure is a superior slasher movie and it works as a genuine psychological thriller as well. It’s ambitious and generally well-crafted and well-acted. It’s a movie that arguably deserves more attention than it’s received. Highly recommended.
Posted by dfordoom at 17:10