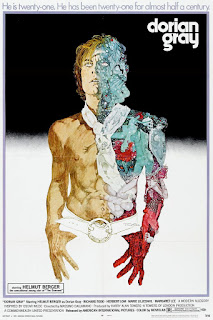 Massimo Dallamano’s The Secret of Dorian Gray (Das Bildnis des Dorian Gray) claims to be a modern allegory inspired by Oscar Wilde’s novel The Picture of Dorian Gray rather than being an adaptation but while the setting has been updated to contemporary times it is in fact a reasonably sound adaptation.

I’d previously only seen this movie in a very poor fullframe version so seeing it now on Blu-Ray from Raro Video was quite treat.

While his friend Basil (Richard Todd) is working on his portrait of Dorian young Dorian meets beautiful young actress Sybil Vane (Marie Liljedahl). They fall in love. Dorian at this stage of his life is still an innocent, still capable of caring about other people.

Dorian also meets the ostentatiously decadent Henry Wotton (Herbert Lom). Wotton is something of a philosopher - a philosopher of selfishness. He gains a great deal of influence over Dorian. He explains to Dorian that nothing matters but pleasure and that pleasure can only be enjoyed by the young and the beautiful so Dorian would be well advised to make the most of his youth and beauty. 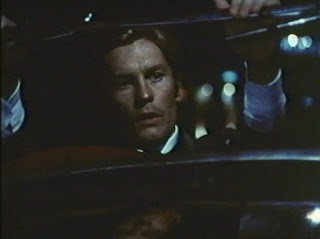 Dorian is a little disturbed by Basil’s painting of him. It seems so unfair that the painting will remain forever beautiful while he, Dorian, will age and decay. Dorian announces that he would give his soul if he could remain young while the painting aged in his place.

Dorian’s life prospers. He sells a run-down old cottage for a fortune (he had to pay a price for the deal but everything has its price). Dorian has his pick of beautiful women (and men) and he explores other sexual avenues as well. He is rich and successful and adored. The only thing that worries him (and it worries him a good deal) is that the portrait seems to be changing. The Dorian of the portrait now seems older and harder, while Doria himself still looks like an innocent angel. 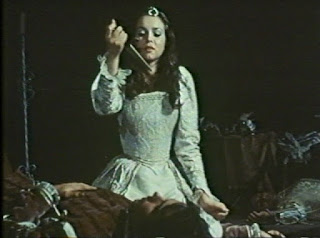 One of the odd things about this movie is that it begins in the present day, in other words 1970. We then get a lengthy flashback to events that occurred decades earlier but in the flashback we’re clearly still in 1970! This may have been a deliberate choice but I suspect the real reason was simply that the budget was way too small to allow for an authentic 1920s or 1930s look and Dallamano wisely decided that it would be better not to make a half-hearted attempt at a period look. Or, since this is a Harry Alan Towers-produced movie, it’s even more likely that Towers decided that he didn’t give a damn and just wanted to get the picture made as cheaply as possible.

The world of the rich and the famous, the Beautiful People, of 1970 proves to be an ideal setting for an adaptation of Wilde’s novel.

This is a movie packed with eye candy for both sexes. While the ladies can swoon over Helmut Berger the men can drool over three of the major euro-sex kittens of the day - Marie Liljedahl (from Joe Sarno's Inga), Margaret Lee and Maria Rohm. Marie Liljedahl has the right kind of sweet fragile innocence to play Sybil Vane. 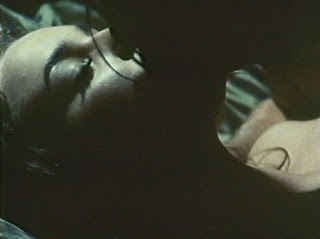 This is actually a much more successful adaptation than the 1945 The Picture of Dorian Gray which could only hint at the full extent of Dorian’s debaucheries and Henry Wotton’s decadence. Dallamano doesn’t have to pull his punches. What’s surprising is that although the movie explores all the lurid details of the subject matter it does so in a classy and tasteful way. It never descends to crassness.

Helmut Berger was ideal casting. He has the impossible good looks and the sexual ambiguity and he captures Dorian’s thoughtless cruelty extremely well. He is infinitely more effective than the wooden Hurd Hatfield in the 1945 version. Berger has the screen presence that Hatfield so disastrously lacked.

Herbert Lom does equally well as Henry Wotton (whom Wilde used as a mouthpiece for many of his own views). George Sanders was better in the 1945 version but Lom is still excellent. 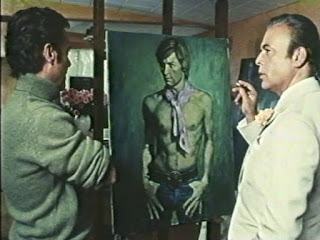 Massimo Dallamano was one of the best Italian directors of the late 60s and early 70s. His Venus in Furs (Le malizie di Venere, 1969) is a tour-de-force. His giallo What Have You Done to Solange? (1972) and his poliziotteschi What Have They Done to Your Daughters? (1974) and Super Bitch (1973) are all well worth seeing.

Raro Video’s Blu-Ray presentation of The Secret of Dorian Gray gives us the most complete version of the film in existence and the anamorphic transfer is superb. Extras are limited to an interview with the film’s assistant director and some very sparse liner notes.

The Secret of Dorian Gray manages to be genuinely decadent but in a classy stylish way. Highly recommended.
Posted by dfordoom at 02:04