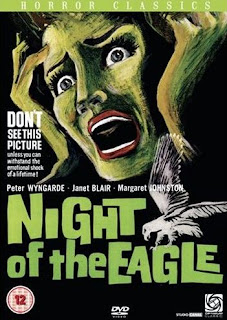 Night of the Eagle is a 1962 British movie based on Fritz Leiber’s superb 1943 novel Conjure Wife.
This is a fine example of understated horror, made at around the same time that Robert Wise was making The Haunting and Jack Clayton was making The Innocents – the early 60s was truly a great time for subtle cinematic horror.

Norman Taylor is a university lecturer, whose main field of academic interest is the occult – but he is most emphatically not a believer in the supernatural. In fact he has dedicated his carer to debunking the occult and ridiculing what he sees as primitive and naïve superstition.
His approach to the subject is psychological – to him belief in the supernatural is evidence of neurosis, of an ability or unwillingness to face reality. He believes in reason. He believes in reason emphatically. 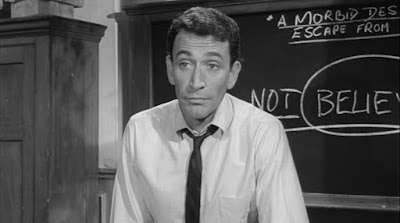 So when he discovers that his wife Tansy is a practising witch it comes as something of a shock, to say the least. Actually, to be strictly accurate, she is more of a conjure woman since her practices have more in common with voodoo and similar religious beliefs than with more traditional notions of classic European witchcraft (although the movie does at times seem to confuse these two quite distinct practices). Norman and Tansy had lived for some time in the West Indies, which is presumably where she picked up these beliefs.

Norman hasn’t been at the university for very long, but his career has been going very well indeed and although comparatively young he is in line for a very prestigious academic appointment. Tansy tries to explain to him that his career has prospered mainly because of her conjure magic, but naturally he dismisses this opinion as childish and unworthy of the wife of such a distinguished champion of rationalism. He persuades her to destroy her magical charms and to give up her magic. 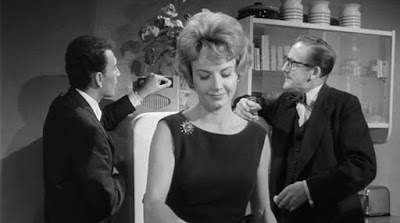 Unfortunately from this point on things start to go badly awry for Norman – in fact just about everything that could go wrong does go wrong. When Norman realises that both his life and Tansy’s are in real danger, he must re-evaluate his attitudes towards magic.

This is a movie that makes virtually no use at all of special effects, relying instead on an intelligent script, good acting, moody and atmospheric black-and-white cinematography and skilful direction. There is also no gore, but there is a great deal of suspense as Norman desperately tries to find a way to save himself and his wife. 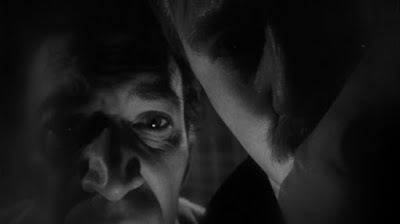 Peter Wyngarde (looking rather odd without his trademark Jason King moustache) is absolutely perfect as Norman. The character has to be both arrogant and likeable - not an easy trick to pull off but Wyngarde does it splendidly.

Janet Blair gives a restrained an effective performance as Tansy, and there’s a fine supporting cast. Margaret Johnston is quite over-the-top but delightfully entertaining as Flora. 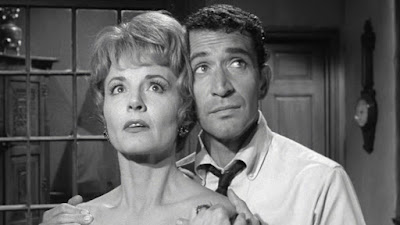 Night of the Eagle (which was retitled Burn, Witch, Burn! for its US release) is a tense and gripping and very entertaining piece of subtle atmospheric British horror movie-making which I highly recommend.
Posted by dfordoom at 21:28

Great write-up. I really enjoyed this one. My wife and I are on a witch movie kick and I was happy to revisit Night of the Eagle.