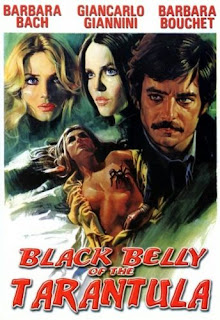 Black Belly of the Tarantula (La tarantola dal ventre nero) is a 1971 giallo directed by Paolo Cavara and it has most of the giallo trademarks.

Inspector Tellini (Giancarlo Giannini) is faced with a fairly bizarre murder case. A young woman was first paralysed by an acupuncture needle, before having her stomach ripped out. Since she’d been having an affair and had had an argument with her estranged husband about it the husband is the obvious suspect.

There’s nowhere near enough evidence for charges to be laid. The husband then disappears.

There’s a second murder, also an attractive young woman. The murder method is identical, but there’s no obvious connection between the two victims. The second woman was a furrier involved in cocaine dealing. 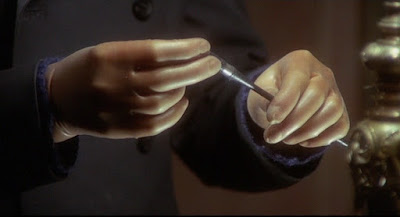 A good giallo should feature imaginative murders. In this case the murder method is uncannily similarly to the way the tarantula hawk wasp kills tarantulas - first paralysing them and then slitting open their stomachs.

There’s a very clever scene involving the drug smuggling lead and a large and not very happy tarantula. 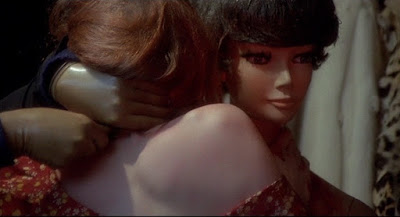 Giancarlo Giannini gives a fine sympathetic performance. Inspector Tellini is a very nice guy, maybe in some ways too nice and too sensitive to be a cop. And he himself isn’t sure if he’s cut out to be a policeman. He’s very indulgent towards his charming but slightly eccentric wife. He’s indulgent towards his subordinates. He’s just an easy-going guy. The audience is going to be on his side right from the start and is going to share his frustrations. Despite his sensitivity and his self-doubts we never despise him, which is a tribute to Giannini’s acting skills.

There are so many gorgeous women in this movie it’s hard to know where to start. There’s Claudine Auger as Laura, there’s Stefania Sandrelli as Tellini’s wife Anna, Barbara Bouchet as a nymphomaniac(!) and Barbara Bach as one of Laura’s employees. Apart from looking great they all give excellent performances. And no less than three of them either were, or were going to be, Bond Girls. 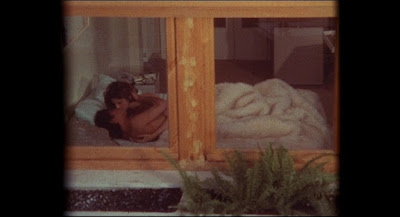 There’s plenty of suspense with a suitably nail-biting climax.

The visuals don’t have the baroque excesses that you find in some giallos but this is still a stylish film. There’s a bit of gore but it’s not over-the-top (in fact it’s very restrained compared to an Argento giallo). There’s a bit of nudity but again it’s not excessive.

While there may not be much actual gore the murders do have one feature that makes them genuinely horrifying.

Ennio Morricone (an asset to any film from this era) did the score. 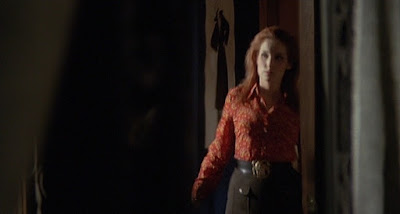 Blue Underground’s DVD release offers an excellent anamorphic transfer. The only significant extra is an interview with the son of writer-producer Marcello Danon.

Black Belly of the Tarantula doesn’t have the brilliance of the very best giallos but it does have just about all the essential ingredients and although the plot isn’t spectacularly clever the movie doesn’t really have any obvious weaknesses. If you like the giallo genre there’s no reason why you won’t like this movie. Basically it’s a giallo in which everything works as it should. Highly recommended.
Posted by dfordoom at 20:04