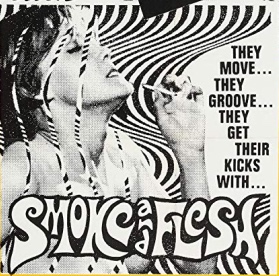 There’s an excellent extended wordless opening sequence of a motorcyclist powering through the New York streets. We then find out that he’s delivering drugs to cool guy Turk’s swinging party. Given how dull Turk and his guests are when they’re not stoned we hope those drugs arrive as soon as possible.

The party scenes are intercut with scenes of three hoodlums playing pool. We can guess that the three hoodlums and the party-goers are going to get to meet, and they do.

Once the drugs arrive the party livens up. Sort of. The highlight is the game of strip slot-car racing.

The hoodlums arrive and it has to be said that as hoodlums go they’re pretty well behaved. But Turk freaks out. Fortunately one of his friends has a plan to deal with the situation - they’ll feed LSD to the hoodlums. That will render them helpless. Which it does. 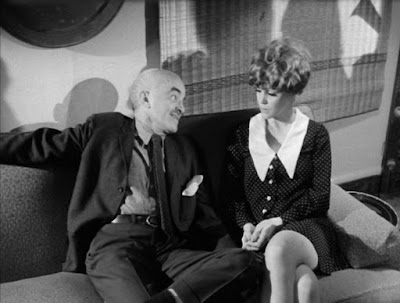 That’s basically the plot. The interest lies in the party guests and the most interesting are Walter and Charlotte. Walter is a middle-aged guy wearing a skullcap to make him appear bald. He ends up looking like a space alien, which is kind of amusing. Walter writes sex novels. Charlotte is much younger and she has a woman’s normal sexual urges with Walter is sadly no longer able to satisfy. They’ve found a way to deal with this. Charlotte has sex with other men while Walter watches, takes notes (research for his books) and takes photos. They’re the movie’s biggest asset, being the only characters who are truly depraved. The others just wish they were depraved.

One guy hooks up with a black chick. They have a common passion for ice cream, at least they when they’re stoned. When they get really stoned he sprays whipped cream all over her and licks it off. It makes them both happy. 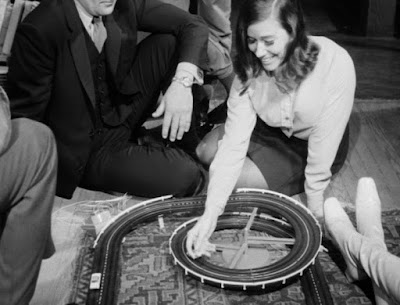 This is a surprisingly well-made movie. In a purely technical sense Mangine knows what he’s doing. He manages to come up with some quite clever and imaginative ays to shoot scenes, ways that don’t involved spending any money. This is what low-budget film-making is all about. Shooting a sex scene with the camera under the bed is certainly original and with just the two people’s legs visible over the side of the bed it’s quite effective. Mangine makes good use of props and even some fairly OK lighting effects.

There was no money for elaborate acid-trip sequences so those scenes fall a bit flat, with the effects used being too basic and too boring. The fact that the movie is in black-and-white is a bit unfortunate. I love black-and-white but colour was better for psychedlic movies. 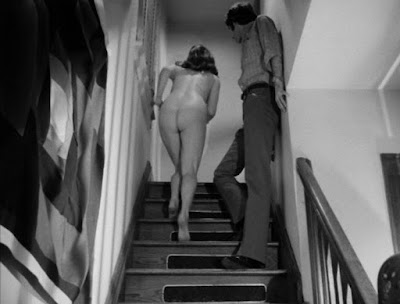 The acting is standard for this sort of movie, in other words the actor all manage to remember their lines and don’t fall over the furniture. 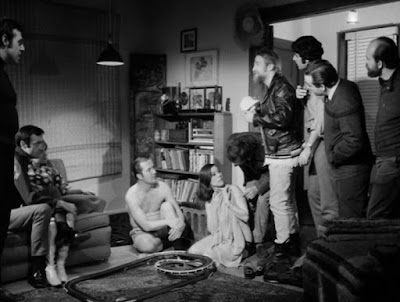 The big problem here is the pacing. There’s very little plot and we get long long scenes of people just sitting around smoking dope.

Something Weird paired this one with another sex-and-drugs way-out psychedelic sexploitation film, Alice in Acidland (which is a sadly disappointing movie).

As so often we’re left wondering how Something Weird managed to find such good prints of such obscure movies. The transfer is fullframe (which is the correct aspect ratio) and it’s very good.

Smoke and Flesh is of some interest but this is not one of Something Weird’s more memorable releases.