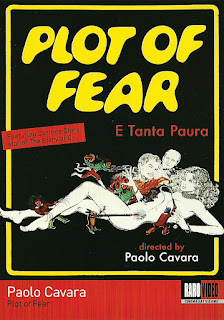 Plot of Fear is a 1976 giallo directed by Paolo Cavara (who also directed the excellent Black Belly of the Tarantula).

The movie opens with a portly middle-aged guy named Mattia Grandi reading a book on the Decadents. Judging by the decor and by what he’s wearing he thinks of himself as a modern decadent. He’s into S&M sex and he’s hired a prostitute to indulge his tastes but he gets more than he bargained for. He wanted to be hurt but he didn’t want to be killed.

Shortly afterwards Laura Falconieri is killed on a bus. Left by the side of both bodies were pages cut from a 19th century children’s book, a book of fairy tales. And both Mattia Grandi and Laura Falconieri were members of the Fauna Lovers’ Club, a club for animal lovers.

And then a guy called Picozzi is murdered on live TV. And there’s yet another murder as well, a very gruesome one.

So already we’ve had a taste of the violence and weirdness and the sex that we associate with the giallo genre.

Inspector Gaspare Lomenzo (Michele Placido) is trying to solve the case while dealing with his personal life. His black girlfriend is cheating on him. And there’s this girl he met in an elevator (played by the stunning Corinne Cléry from The Story of O). Her name’s Jeanne and she’s a model. 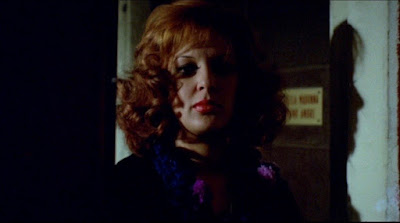 Another member of the Fauna Lovers’ Club has sought help from Peter Struwwel (Eli Wallach) who runs a very expensive very high-tech private detective agency. Inspector Lomenzo is also hoping for some help from Struwwel. Struwwel is a powerful man, very well-connected. It’s no use trying to intimidate him into offering more help than he’s willing to give.

The Fauna Lovers’ Club holds its meetings at the Villa Hoffman. There are animals at the Villa Hoffman but the meetings seem to concentrate on other activities such as watching pornographic cartoons and engaging in kinky sex. At one meeting a young prostitute named Rosa died, under slightly mysterious slightly suspicious circumstances. Jeanne happened to be at that meeting. What she tells Lomenzo suggests that the Fauna Lovers’ Club would bear closer investigation. It certainly seems to be linked to the murders. The press have dubbed the murderer the Fairy Tale Killer. 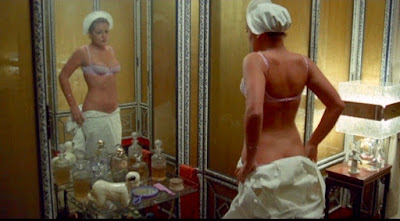 Lomenzo begins an affair with Jeanne. She’s a bit crazy and she might be a lesbian but she’s cute and charming and good in bed.

Lomenzo not only doesn’t know who the killer is, he has no idea what the motive for the killings may have been. And we the audience don’t know the answers to these questions either. And when it comes to the crucial killing, the murder of the prostitute Rosa, neither we nor Lomenzo know the circumstances of her death, or whether it was really a murder. And the exact purpose of the Fauna Lovers’ Club, a key to unravelling the mystery, remains unknown.

I like Michele Placido a lot in this movie. He doesn’t play Lomenzo as a typical cop. Lomenzo is a bit neurotic and he isn’t at all macho and doesn’t seem tough enough to be a cop. He’s too much of a nice guy and his attitude to life is too whimsical. He’s not the stuff that conventional heroes are made of. 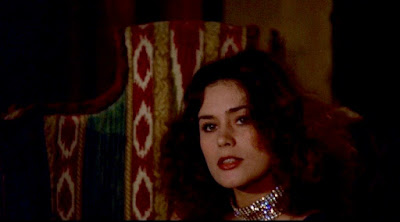 Corinne Cléry is excellent as Jeanne. She’s also an interesting character. We don’t know if she’s charmingly eccentric or totally mad and Lomenzo doesn’t know either. Tom Skerritt as Lomenzo’s boss and Eli Wallach are very good as well.

There’s a moderate amount of gore in this movie. There’s also some sex and nudity.

Cavara adds lots of nice little visual touches that have nothing to do with the plot but they do add to the atmosphere.

There are hints of surrealism, especially in the scenes at the Villa Hoffman. The members of the Fauna Lovers’ Club exist in a world slightly detached from reality, or perhaps they just feel that they are people who do not need to deal with sordid things like reality. 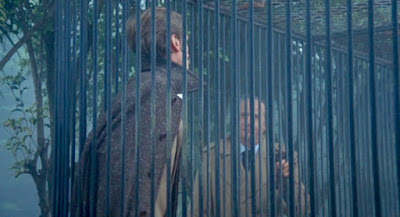 The Raro Video release looks splendid and the extras include interviews with various key members of the cast and crew. The most interesting interview is with Paolo Cavara’s son. One important point he makes is that his father did not want Inspector Lomenzo to be a man driven by revenge. He wanted to avoid such an obvious stereotype.

This is not a stock-standard by-the-numbers giallo. It has its own distinctive flavour, at times slightly ironic, slightly humorous and slightly fantastic. It’s also perverse and sleazy.

Plot of Fear is definitely an above-average giallo that deserves more attention. Highly recommended.
Posted by dfordoom at 18:55