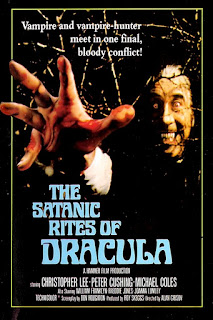 Like other 70s Hammer vampire movies this one is a mixture of the old and new. Like The Vampire Lovers and Dracula A.D. 1972 it still adheres in many ways to the time-honoured (some would say time-worn) Hammer gothic horror formula. At around this time more daring film-makers were starting to abandon tired old clichés of vampire lore, such as the power of crucifixes and garlic to repel vampires and the idea that vampires can be destroyed by sunlight or running water. The vampire in Jess Franco’s Vampyros Lesbos (1971) enjoys sunbathing. Hammer seemed determined to cling to every one of the hoary accumulation of vampire clichés.

On the other hand Hammer knew they had to update their gothic horror formula in some way. And they did add some interesting new twists. Vampire movies in contemporary settings were already being made but Dracula A.D. 1972 added a new wrinkle by bringing Dracula face to face with early 70s Swinging London youth culture. The Satanic Rites of Dracula adds conspiracy theory/political thriller elements.

Neither Dracula A.D. 1972 nor The Satanic Rites of Dracula can be considered to be total successes but they are pretty interesting and they’re much better movies than their dubious reputations would suggest. 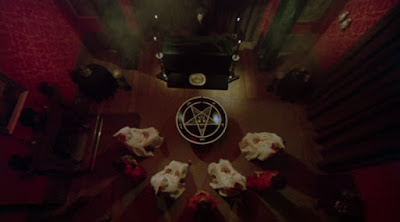 The Satanic Rites of Dracula opens with an MI5 investigation into a psychic research institution. MI5 thinks that all the occult stuff going on in the institute’s headquarters is a cover for an espionage ring. They soon discover that there is something stranger going on here. They’re going to need some help from somebody who understands all this occult guff. The man they choose is Professor Lorrimer Van Helsing (Peter Cushing). Van Helsing of course immediately suspects vampirism (he always does), and that Count Dracula has been brought back to life (or to unlife) once again. 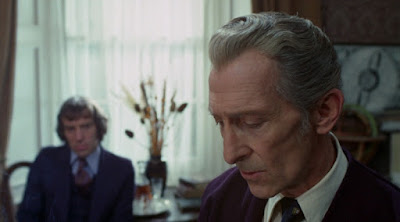 Van Helsing realises that this time Dracula is planing more than his usual programme of vampiric mayhem. Dracula has some kind of grandiose master plan. In fact in this movie Dracula takes on some of the characteristics of a Bond villain. Which is interesting since a year later Christopher Lee would play an actual Bond villain in The Man with the Golden Gun.

As you might expect the MI5 guys and Inspector Murray of Special Branch (Michael Coles) are hopelessly ill-equipped to battle vampires. And Van Helsing finds himself out of his depth as well, having to battle both vampires and a vast criminal organisation. 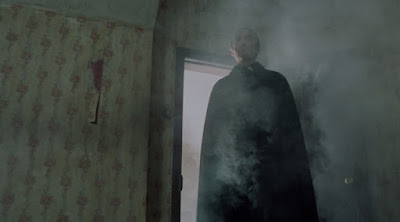 Dracula is of course hopelessly out of place in the 1970s. He’s a monster from the past, from an age of supernatural horrors. Van Helsing is straight out of the 17th century. The fact that both Dracula and Van Helsing don’t belong in the world of 1973 could have been a serious weakness but actually it makes the move rather interesting. One interesting touch is that there are hints that Dracula’s motivations are not just those that Van Helsing would have expected.

An odd touch in this film is that there are lots of killings early, and they’re all deaths by gunshot wounds rather than by vampiric attacks.

One of the themes of Bram Stoker’s novel Dracula was the clash between science and the supernatural. Dracula’s enemies fight him not just with traditional vampire-hunting methods but with technology. The Satanic Rites of Dracula reverses this in an interesting way. In this movie Dracula uses the methods of modern science and technology while Van Helsing relies on the weapons his ancestors had employed against the undead. 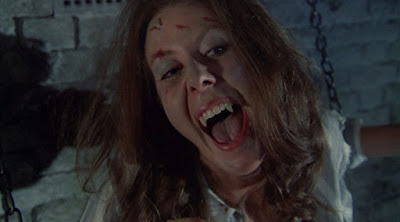 I’m a huge admirer of Peter Cushing as an actor but I’ve never really liked the various Van Helsings that he played. They’re grim humourless fanatics. They always make me sympathise with the vampires. Christopher Lee gets more dialogue than usual. Freddie Jones is typically over-the-top but very effective in a small role. Joanna Lumley, a couple of years away from her breakthrough rôle in The New Avengers, looks lovely and her acting is fine.

The Warner Archive Blu-Ray is barebones but looks great.

The Satanic Rites of Dracula is different enough from the traditional Hammer formula to be interesting and it works surprisingly well. Highly recommended.