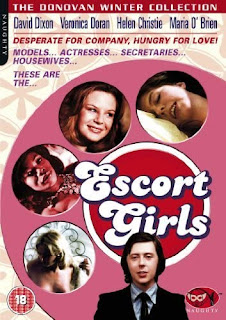 Escort Girls is a 1974 British sexploitation movie and it’s probably fair to say that most viewers both at the time and today are going to assume that it’s going to be another breezy cheeky British sex comedy. Nothing could be further from the truth. This may be the most depressing sex movie ever made.

Writer-director-producer-editor Donovan Winters seems to have been aiming for an arty political film but you have to wonder what kind of audience he thought he was targeting. The title was going to put off the arty/political crowd while those looking for titillation would have either fallen asleep or walked out halfway through.

Structurally it resembles a standard British sex comedy such as Au Pair Girls. There are six different totally unrelated sub-plot each dealing with an escort’s adventures on Christmas Eve. Interestingly two of the escorts are male and their clients are women.

The Christmas setting reinforces the depressing mood. Lonely desperate people looking for solace at a time when everybody is supposed to be cheerful. These lonely people are desperate for sex and/or human warmth. They do not want to spend this night alone.
They’re all working under a misapprehension. They think they’re hiring call girls. What they’re actually hiring are escorts. Sex is not part of the deal they’re paying for. It’s up to the escort to decide if she (or he) goes to bed with the client. Sex is not guaranteed.

The tone is all over the place. One of the sub-plots, involving two randy Scotsmen, is comic in tone. Unfortunately the humour is rather painful. It relies on the idea that there’s something inherently funny about a Scotsman. One, involving a mild-mannered clerk whose problem is that he’s a painfully shy virgin, is rather sweetly romantic. The other sub-plots are either sordid and bleak, bizarre or achingly sad. 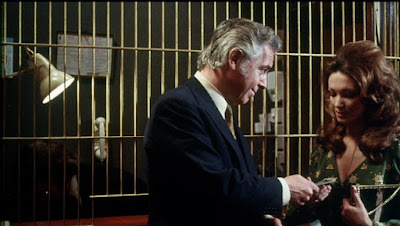 There’s a fair bit of nudity and simulated sex. A couple of the women are attractive. The others are either middle-aged or markedly unattractive and I get the impression that this was a deliberate choice on Winters’ part. He wanted us to feel a mixture of pity and contempt for the desperate clients. It’s obvious that the last thing he wanted to do was to make us think that sex might be fun, or even mildly pleasant. This is sex as degradation.

Winters make some bizarre choices. There’s a speeded-up fast-motion rape scene. I guess he figured that shooting a sex scene in fast-motion worked for Stanley Kubrick in A Clockwork Orange so it would work for him. It doesn’t. When you’re Stanley Kubrick you can break the rules of film-making and get away with it. Here it just comes across as the sort of silly idea that a pretentious film student might come up with. 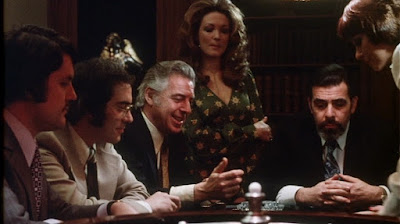 To properly appreciate this movie buy yourself a cask of cheap rotgut wine, pop a few downers and keep a packet of razor blades nearby. Then either cry yourself to sleep or use the razor blades. One thing I can guarantee. After seeing this movie you will never want to have sex again.

Winters clearly belongs to the school that believes that if you’re going to make serious films the one thing you must avoid is offering any kind of entertainment. Serious movies are not made to be enjoyed, they’re made to be endured. They’re a penance. 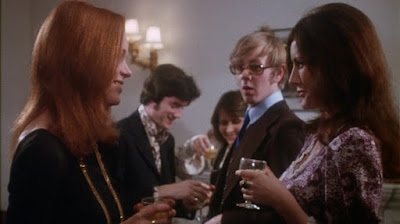 Nucleus Films is a company I have a lot of respect for but in this case the transfer is somewhat on the rough side. Extras include a documentary on Donovan Winters.
Escort Girls is certainly different. Personally one of the things I like about sexploitation movies is that they’re so varied. Some were made by hacks looking to make a fast buck. Some were made by crazed visionaries. Some were made by talented people who took advantage of the fact that the genre allowed them to deal with subject matter that the major studios wouldn’t touch. You never quite know what to expect and often you get very pleasantly surprised by quirky offbeat movies. While Escort Girls is unusual it’s just too relentless downbeat, misanthropic and cynical in a film school sort of way. It’s not my cup of tea but if you like that approach you might enjoy Escort Girls.
Posted by dfordoom at 16:14